“History is among the most potent and effective of all the instruments of human education. It introduces us to forms of thought and action which are infinitely diversified.” (Gladstone’s Rectorial Address at the University of Glasgow, 1879).

In honour of the value William Gladstone placed on the study of history, the Gladstone Memorial Trust made it possible for the RHS to launch the Gladstone History book prize in 1998 on the centenary of Gladstone’s death. The prize offers an annual award of £1,000 for a work of history on a topic not primarily related to British history that is the author’s first sole book publication. The prize has been made possible by a generous grant from the Gladstone Memorial Trust and was first awarded in 1998, the centenary of Gladstone’s death. In 2015, the Linbury Trust made a donation of £12,500 in support of the Gladstone Prize.

To be eligible for consideration for the prize, the book must:

Publishers are invited to nominate their books. (Please note authors cannot submit their own work.)

The publisher should complete the Entry Form and submit one copy (non-returnable) of the eligible book by 31 December 2021. Books should be sent to the Administrative Secretary, Royal Historical Society, University College London, Gower Street, London, WC1E 6BT. Should the book be short-listed, two further copies will be required.

Prize winners are announced at the Society’s Annual Reception in July.

All enquiries about the Prize should be addressed to the RHS Membership and Administration Officer at: membership@royalhistsoc.org 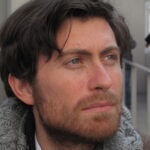 The Gladstone Prize for 2021 was awarded to Tom Stammers for The Purchase of the Past: Collecting Culture in Post-Revolutionary Paris, c.1790-1890 (Cambridge University Press: 2020).

In this erudite survey of the culture of collecting in post-Revolutionary Paris, Tom Stammers demonstrates how the private trade and acquisition of historical artefacts was used to access and (re)imagine the recent French past. Exploring the complicated relationships between private collectors, public institutions, and the various post-revolutionary regimes, the book exposes the vital role played by material culture in the construction and contestation of historical consciousness in this tumultuous era.

Much like the nineteenth century collectors who are the subject of his book, Stammers has gone to impressive lengths to track, collate and display a wealth of evidence in support of his arguments. The result is a richly detailed and fascinating study that ranges widely in terms of chronology, historical actors, and type of artefact.