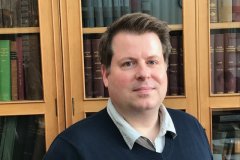 Adam is Chief Executive Officer of the Royal Historical Society. He is responsible for the overall direction of the Society’s professional office, working closely with the President, the Trustees, the Academic Director and central office team. Key areas of particular focus include governance and leadership, membership, external relations, fundraising, financial planning and management, infrastructure/operations, and strategy.

Prior to joining the Royal Historical Society Adam was Director of Operations at the Biochemical Society and Portland Press, and before then held roles within publishing and communications. Academically he has a background in Anthropology and the History of Film and Visual Media. 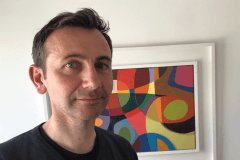 Philip is Academic Director at the Royal Historical Society. He is responsible for the academic and research elements of the Society’s programme, and works closely with both the RHS Council and central office team. Philip’s remit includes policy and advocacy work, events, prizes, publishing and publisher relations, digital and communications, institutional partnerships, and the Society’s Library and Archive.

Prior to joining the RHS in 2021, Philip was Director of Digital and Publishing, and a Senior Lecturer in British History, at the Institute of Historical Research, University of London (2016-21), and Senior Editor for the Dictionary of National Biography at Oxford University (2010-16).

Trained as a historian of Hanoverian Britain, Philip’s current research looks at the late nineteenth and early twentieth-century development of national centres for History, including the RHS and the Institute of Historical Research, where he now holds a Senior Fellowship. 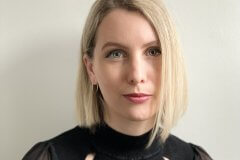 Lisa is the Membership and Office Administrator at the Royal Historical Society. She is responsible for the administration of applications for fellowship and membership to the Society, as well as requests for RHS grants, and entries to the Society’s annual prizes and awards. She also has responsibility for the Society’s data management. 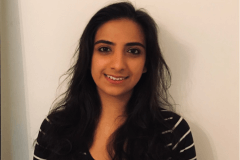 Sabiqah joined the Society as our Communications and Operations Administrator in May 2022, having worked as a part-time administrator for the RHS since mid-2021. In her role Sabiqah is supports management of the Society’s membership and awards programmes, member relations, communications and running of the RHS office. Prior to joining the RHS, Sabiqah worked in legal and local government administration.

Sabiqah is currently studying part-time for a BA in History at Birkbeck, University of London. 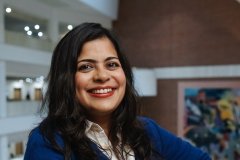 Diya is writing her first book, based on her doctoral research (2015–2019) completed at the Department of English, King’s College London, where she studied Indian experiences and literature of the Second World War. In her book, alongside colonial photographs, she analyses letters, memoirs, political philosophy and literary texts in English and Indian languages to reveal the intensity and influence of Indian war emotions. Further information on Diya’s research is available via the Institute of Historical Research. 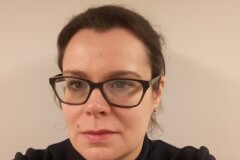 Zoë is working with the Society between October 2021 and August 2022 to survey and catalogue the wide array of papers held as part of the RHS Archive. In this role Zoë is consolidating and making more accessible the Society’s important collections relating to historians and the development of the historical profession, from the early nineteenth century onwards.

Zoë has a Master of Archives and Records Management (University of Liverpool), and has more than 20 years’ experience on various archive projects, based at the Institute of Historical Research, Institute of Advanced Legal Studies, Senate House Library, UCL, King’s College, LSE and other HE institutions. 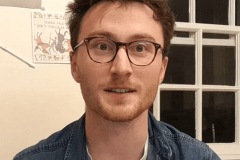 Dan Armstrong is an RHS Centenary Fellow, 2021-22, held jointly with the Institute of Historical Research, University of London. Dan’s 6-month Fellowship runs from October 2021 to March 2022.

As a Centenary Fellow, Dan will complete his PhD on the subject of Anglo-Papal Relations, c.1066-c.1135, at the University of St Andrews. He aims to make the first comprehensive reassessment of the relationship between the kingdom of England and Rome since Z.N. Brooke’s book written 90 years ago.

Dan’s thesis therefore intends to dismantle this anachronistic scaffolding of conflict between church and state, arguing that any Anglo-Papal friction was situational as opposed to structural, with the norm being consensus and compromise. 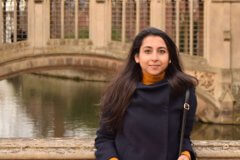 Humaira Chowdhury is an RHS Marshall Fellow, 2021-22, held jointly with the Institute of Historical Research, University of London. Humaira’s 6-month Fellowship runs from October 2021 to March 2022.

As a Marshall Fellow, Humaira will complete her PhD, entitled ‘Hanging By a Thread: A Social and Economic History of Muslim Tailors (Darzis) in Calcutta, 1947-1967’ at the University of Cambridge.

Humaira’s work focuses on Muslim artisanal communities in Bengal and India after partition in 1947. Her research aims to bring together two different strands of literature on immobility and artisan agency in the context of Muslim stayers-on in West Bengal. 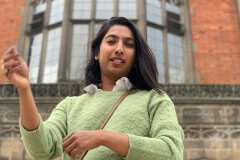 Sonali Dhanpal is an RHS Marshall Fellow, 2021-22, held jointly with the Institute of Historical Research, University of London. Sonali’s 6-month Fellowship runs from October 2021 to March 2022.

As a Marshall Fellow, Sonali will complete her PhD, entitled ‘Contested Bangalore: Caste, colonial and princely politics’ at the University of Newcastle. 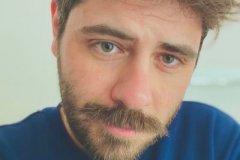 Petros Spanou is an RHS Centenary Fellow, 2021-22, held jointly with the Institute of Historical Research, University of London. Petros’s 6-month Fellowship runs from January to June 2022.

As a Centenary Fellow, Petros will complete his PhD entitled: ‘The Crimean moment and crucible: just war, principles of peace and debates in Victorian wartime thought and culture, 1854-1856’.

Petros’s research examines the complex ways in which the idea of just war and the principles of the British peace movement framed important, yet hitherto overlooked, religious, intellectual, political and cultural debates during the Crimean War. Where earlier historians have studied the war intensively as an episode in diplomatic and military history, Petros seeks to advance fresh perspectives on the war’s cultural impact and place in Victorian consciousness.