Home > About Us > Professor Mark Stoyle 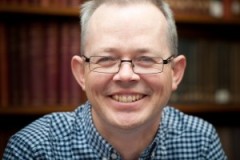 Mark Stoyle is Professor of Early Modern History at the University of Southampton. He grew up in Devon, worked as an archaeologist in Exeter for several years after leaving school and was awarded his D.Phil at Oxford in 1992. He is the author of many books and articles on popular religion and politics in Tudor and Stuart Britain, including Soldiers and Strangers: An Ethnic History of the English Civil War (Yale, 2005) and The Black Legend of Prince Rupert’s Dog: Witchcraft and Propaganda during the English Civil War (Exeter, 2011).