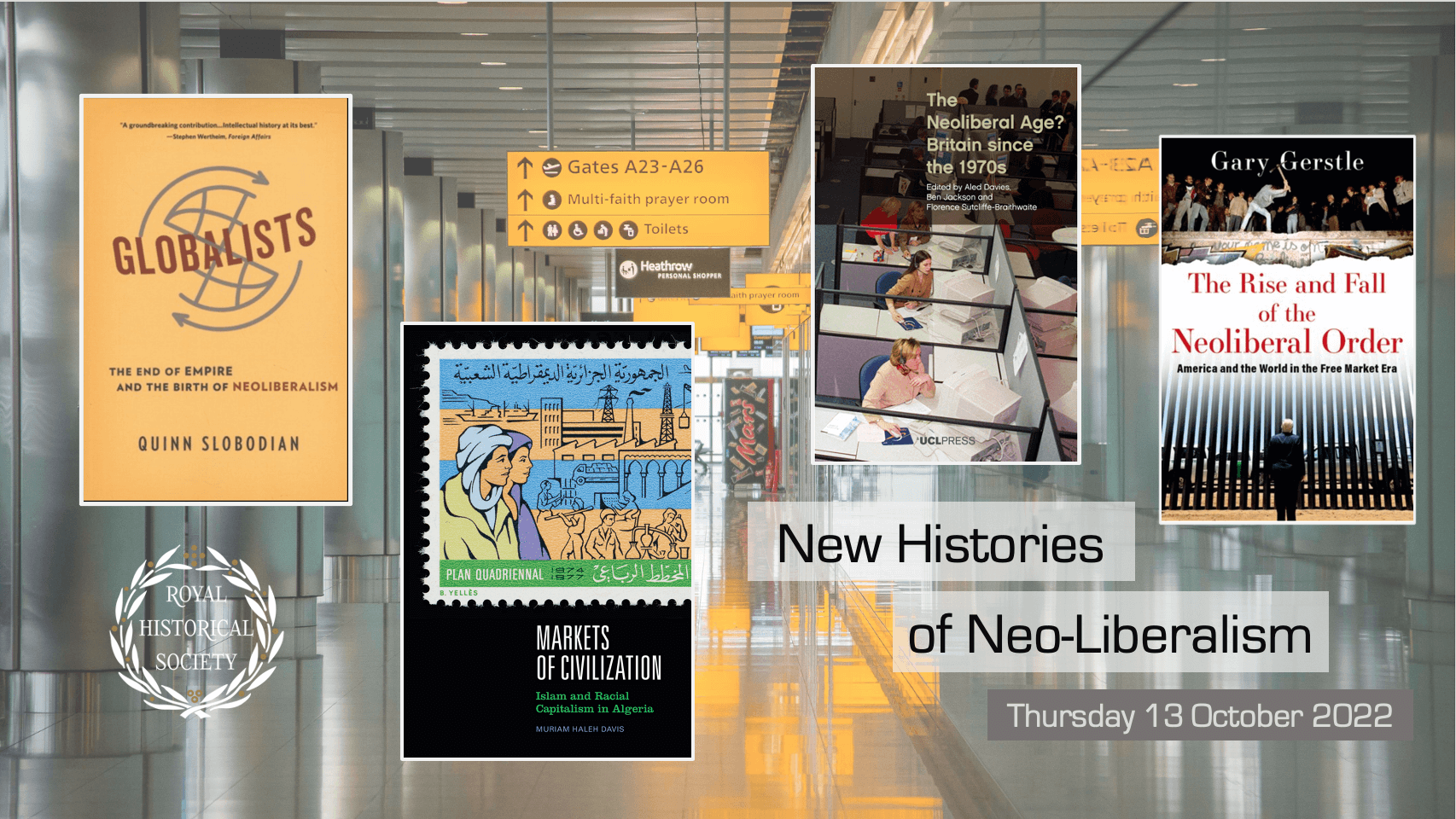 Historical studies of neo-liberalism are much in evidence. The early 2020s have seen new monographs, edited collections and journal articles — offering us a growing range of perspectives on this subject. ‘New Histories of Neo-Liberalism’ brings together five historians who’ve made significant recent interventions, with reference to diverse geographies, political structures, chronologies and methodologies. In doing so, the panel will identify and explore a prominent, resonant and much debated theme in historical research.

Working in the UK and United States, our panellists are specialists in the histories of Britain, America and North Africa, as well as in global histories of ideas, and the international reach of Western economic and foreign policy.

‘Neo-liberalism’ offers a broad framework for our panellists’ study of modern political, economic and social history. But it’s equally a subject contested and debated on key points of chronology, political alignment and origin, and its value as a category of historical analysis to explain change over time.

Chaired by Professor James Vernon, this event is an opportunity to discuss shared interests and research in context: to explore areas of common ground, difference, and dispute; to assess the reshaping of national and regional stories when viewed from alternative global perspectives; and to consider what insights we might draw — now and for the future — from new histories of neo-liberalism.