Home > Events > UCL Neale Lecture 2022: ‘Capitalism: a concept too big to fail? The early modern period and the formation of an idea’, with Prof. Craig Muldrew (University of Cambridge) 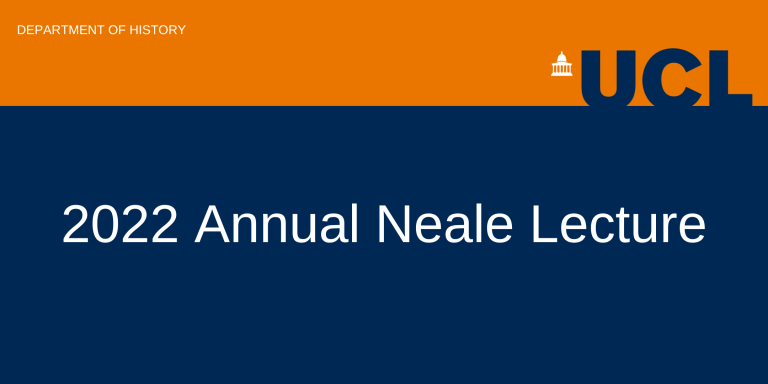 “Capitalism: a concept too big to Fail? The early modern period and the formation of an idea”

This paper will assess how historians of the early modern world have used the concept of capitalism as an interpretive framework. It examines how the term came into being in the early twentieth century, and then how different historians took it up to argue that it emerged in European societies in the period from roughly the Italian Renaissance until the end of the eighteenth century. The use of the term capitalism is so pervasive today that trying to define what it means in practice seems impossible. Yet, understanding it is undeniably crucial to any aspect of politics, individual choice, and collective action, since the concept continues to be used, in many different and ambiguous ways. This paper argues that greater understanding can only be gained by being more precise, and that to call something capitalism it must fundamentally involve the use of the abstract financial value, which came to be called capital in the early modern period. The formation of such value eventually gave its owners much power, but before that could happen the institutions and beliefs which supported the existence of such intangible value needed to be created and spread through society.

This lecture will be followed by a drinks reception in the South Cloisters.

Free to attend for all. The lecture will be live-streamed for those unable to attend. More details are available at:
https://www.ucl.ac.uk/history/events/2022/nov/capitalism-concept-too-big-fail-early-modern-period-and-formation-idea