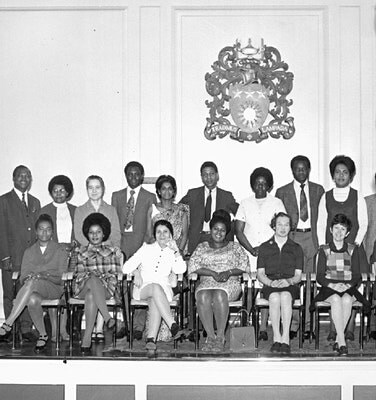 This free event will be held online. Tickets available via Eventbrite.

Following our panel on classic texts in nursing history, we move on to look at new research in the field. Find out about new projects in progress, and hear what these scholars have learnt from their research so far.

We will hear from four historians about new and exciting research. Rebekah SloaneMather is investigating a set of First World War nurses’ autograph books from the Museum of Military Medicine in the UK. Charissa Threat’s first book, Nursing Civil Rights, explored gender and race in American army nursing. Sheri Tesseyman is studying the effect of staffing changes in American hospitals in the mid-twentieth century and Sonya Grypma looks at transnational nursing history, especially Canadian, American and Chinese nursing networks.

This event is free and open to all. Please register to attend and a link will be circulated in advance with instructions on how to join the event. All tickets must be booked individually.

See our full terms and conditions for events here.

Rebekah SloaneMather is a retired QARANC officer. Currently in her 2nd year of a PhD in English Literature at Cardiff University, her research focuses on the autograph albums of military nurses from The Great War. Gaining her RGN at Guys and Lewisham Hospitals in London, Rebekah then specialized in perioperative practice nursing at St Thomas’ Hospital London. After joining the QARANC she was later posted to Birmingham City University as part of the then DSHCS where she lectured in Evidence Based Practice. Charissa Threat is an Associate Professor of History at Chapman University where she teaches courses in U.S. and African American history. Her research interests are in race and gender in twentieth century U.S. history, civil rights, community activism, and civil-military relations. Her first book, Nursing Civil Rights: Gender and Race in the Army Nurse Corps (University of Illinois Press, 2015), won the 2017 Lavinia L. Dock Book Award from the American Association for the History of Nursing. She is currently at work on her second book, Sweethearts and Pin-Ups.

Sheri Tesseyman is an assistant professor of nursing at Brigham Young University in Provo, Utah, USA. She received a Ph.D. in nursing history from the University of Manchester in the United Kingdom and focuses her research on division of labour in hospital bedside nursing. Tesseyman practiced bedside nursing in a general intensive care unit in Salt Lake City, Utah, and at Leeds General Infirmary thoracic surgery ICU in Yorkshire, England.

Sonya Grypma, PhD, RN, is Vice Provost of Leadership and Graduate Studies at Trinity Western University in British Columbia, Canada. Both a nurse and a historian, Sonya’s program of research focuses on transnational nursing history, particularly the intersection of Canadian, American, and Chinese nursing networks developed through philanthropic, missionary, and nursing organizations during wartime. She has authored three books on missions and nursing in China, the third of which (Nursing Shifts in Sichuan) will be released by UBC Press in October 2021.