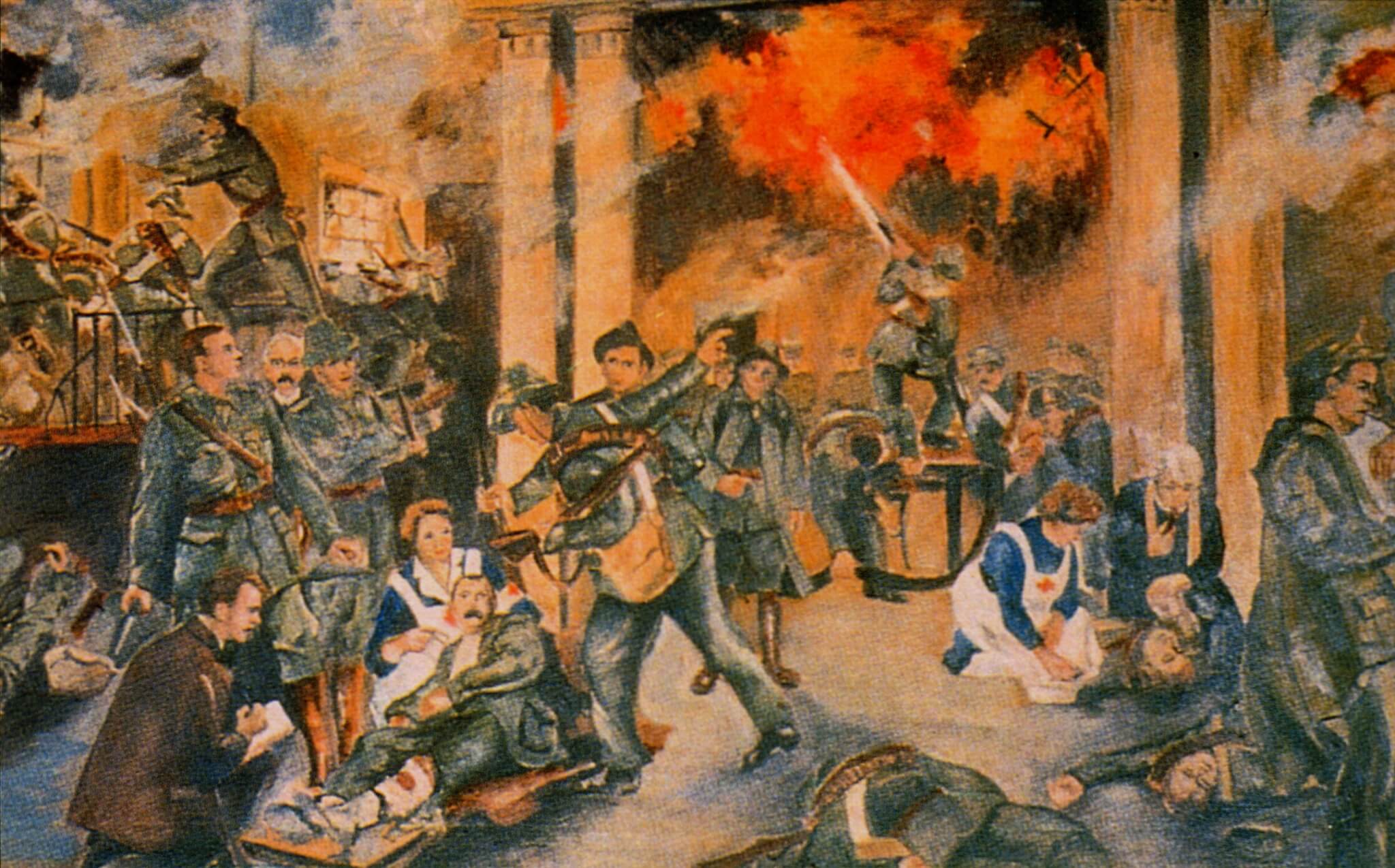 The symposium traces the development of political discourses during a period in Irish history that was marked by major events such as the Easter Rising, the Anglo-Irish War, the Irish Civil War, and which resulted in the partition of Ireland. This period is currently the subject of intense historical interest from within and beyond the academy. The degree of academic scrutiny and public engagement are largely due to the official framing of the period as a commemorative ‘Decade of Centenaries’ and also to the current re-calibration of Anglo-Irish relations through the staging of historic state visits by Queen Elizabeth and President Michael D. Higgins. As a result, consideration of the revolutionary period has provoked considerable debate and discussion among historians, media commentators and governments in Britain and Ireland. Despite this, the development of political thought in Ireland is still a largely neglected area in the historiography of this period, and existing scholarship has tended to focus narrowly on a select group of individuals. Very little attention has been paid to the manner in which political discourses were developed, adapted and popularised.

During the symposium speakers will address the ways in which significant ideological positions interacted and were transmitted in early twentieth-century Ireland. This will include engaging with the impact of infrastructural and technological developments in transport and communication; the relationship between cultural production and politicisation; and the influence of political and philosophical ideas in Europe and across the British empire. In total, therefore, the symposium will produce an innovative analysis of how Ireland became a crucible of revolutionary and counter-revolutionary thought in the early twentieth-century. The resulting publication will make a significant contribution to the historiography of the period.