Home > Events > Medieval Migrants: On the move in Britain after Rome’s Fall 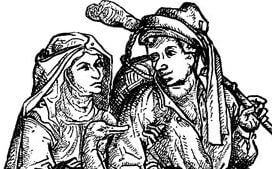 Public Lecture: The early medieval period was one of the great ages of migration. Until recently, though, research has concentrated on men, especially kings and early war bands from across the seas. Join Professor Robin Fleming as she reveals new thinking about migration during the fifth and sixth centuries, exploring how people moved within Britain itself and the impact of these movements on Britain’s female population.

Speaker:
Robin Fleming is a Professor at Boston College, where her research specialises in life in Britain during and after the fall of the Roman Empire.