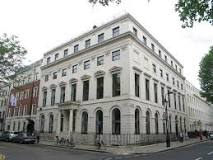 Seminars are held at 5.30pm in the Seminar Room of the German Historical Institute. tea is available from 5.00pm in the Common Room, and wine is served after the seminars.

16 December 2014 Rebekka von Mallinckrodt (Bremen) ‘There are No Slaves in Prussia?