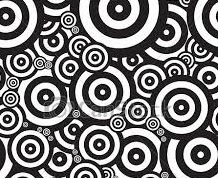 International Conference: An era of value change: The Seventies in Europe

In the historiography of many European countries, the 1970s are seen as a caesura. They have been claimed as a period of swift cultural transformation and structural change, as the turning point from post war society to a world “after the boom” characterised by the crisis of high industrial society. This was the time when the post-war emphasis on reconstruction and economic growth faded, and our current world began to take shape. The historians Eric Hobsbawm and Arthur Marwick speak of a “cultural revolution” in order to underline the importance of the cultural change, while political scientists such as Ronald Inglehart have posited a “silent revolution” and the birth of “post-materialist society”, describing the ethical re-orientation of citizens as value change towards individual self-realization instead of the acquisition of material goods.

The value change of the Seventies was a transnational phenomenon, caused by local, national and global factors. In the different countries and regions of Europe these factors combined in specific ways to produce nationally specific profiles of cultural change, social restructuring and political democratisation. We want to explore international similarities, national peculiarities and transnational connections, as well as variations in timing, in regard to value changes in different sectors and countries. Depending on local timing, we take the “long Seventies” to begin sometime in the 1960s and end, at the latest, by the early 1980s. The aim of the conference is to compare processes of change across different European countries. These changes transcended the political divisions of the Cold War, and between the Northern democratic states and the Southern dictatorial regimes of Europe.

We invite papers focussing on empirical historical research as well as on methodological questions in regard to value change, engaging with specific countries, international comparison or transnational links. We aim to discuss the interdependence of value changes, new social practices and political decision making. Panels can focus on the emergence of new milieus, subcultures and (male and female) gender roles; the breakthrough of second wave feminism, student movements and the so-called sexual revolution; and new concepts of citizenship, political participation and grassroots democracy.

In regard to social practices, we want to investigate how value changes are interrelated with changes in social behaviour and the formation of social, generational and gendered groups. How were economic changes and Neoliberalist ideas of self-optimisation linked with the strategies and cultural identities of new social and intellectual milieus? Examples of such milieus include student protesters, new feminists, religious groups, minority activists and professional groups. We invite contributions on the new urban bourgeoisie in the West, the new intellectual middle class in the East, or circles of regime critics in South and Eastern Europe.

Value change coincided with a growing democratisation of political systems in Western and Eastern Europe. The end of the authoritarian regimes in Greece, Portugal and Spain, the entrenchment of Socialist and Socialdemocratic governments in Austria, Denmark, the Netherlands, Norway, and West Germany, and a deepening crisis of the Soviet one-party-system after the Prague spring underpinned this development. At the same time, social movements fought for the rights and political participation of minorities, forming transnational alliances which contributed to the Europeanisation of citizenship models of citizenship. The shift in cultural values impacted on political structures and political decision making. Politicians of all shades responded to value changes by creating new political loyalties and building new social bases. Political negotiations about regarding divorce and abortion, sexual and religious identities, the gender pay gap, school and university reform formed part of this process.

While we understand the Seventies as a turning point of contemporary history, we wish to locate the decade within the continuum of Twentieth Century History in order to explore the peculiarities of the period. Therefore, we welcome empirical contributions that address the long 1970s as part of a longer transformation.Proposals for single papers as well as entire panels (of three speakers) might include:-

The organisers aim to secure funding to cover expenses for travel and accommodation. Conversations are underway for the publication of contributors’ papers within an edited volume, to be published as close soon as possible after the conference. The language of the conference is English.

Please send proposals of up to 350 words and a brief biographical note by 15 April 2018 to: europe70s@gmail.com.