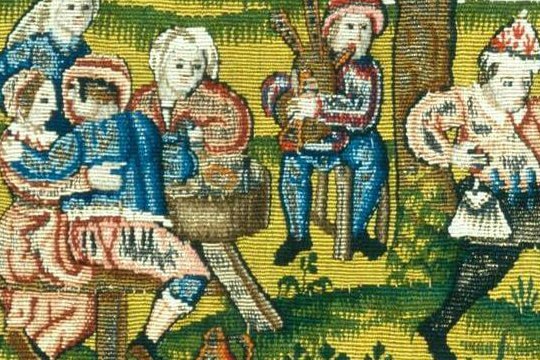 To mark the 400th Anniversary of Shakespeare’s death, the Centre for Studies in Literature and the Centre for European and International Studies Research at the University of Portsmouth are holding a conference on ‘Shakespearean Communities’ celebrating Shakespeare’s life, work and influence. A wealth of scholarship has explored Shakespeare and his contemporary world, where communities were being created, contested and redefined. The persecution of religious minorities, the discovery of the new world, the growing importance of the mercantile class and the spread of the printed text, tested and redrew ideas of community and fellowship. Subsequently, too, Shakespeare’s work has provoked and created new communities of audience and performers in a variety of formats, from the stage to the text to the screen. Indeed, Shakespeare continues to provide different ways in which academics and theatre practitioners can work with communities. The conference organisers, from the English Literature and History Departments at Portsmouth, aim to bring together scholars working on various aspects of Shakespeare’s – or Shakespearean – communities, to reassess the ways in which community helps us to think about/reassess the legacy of his work. Confirmed keynote speakers are Professor John Drakakis, Professor Russell Jackson and Dr Felicity Heal.

The conference is open to scholars at all academic stages and those working from a variety of disciplinary perspectives (Literature, History, Adaptation, Film Studies and beyond). We also welcome theatre and visual art practitioners with an interest in ‘Shakespearean Communities’.

The conference will address: