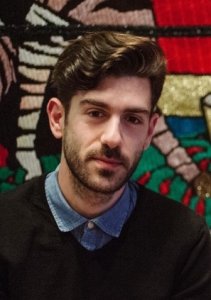 The Arab thought of the long nineteenth century has long exerted a powerful gravitational pull on scholars. For almost a century, successive generations have striven to classify and categorise this thought as secular or Islamic, proto-nationalist, nationalist, liberal or radical. And where historians like Albert Hourani once saw it as the product of a fascination with Western progress, which entranced all even as it repelled some, recent scholarship has stressed the material underpinnings of this thought, regarding it as born of efforts to fashion a distinctively modern bourgeois subjectivity.

In this lecture, I want to intervene in this debate by making two simple and complementary claims about the political thought produced in the Ottoman empire’s Arab provinces between the 1850s and the 1910s. The first is that this was defined by its globality – its sense, in other words, of the world as a single interconnected orb, whose parts interlocked together in intricate patterns of causation. The second is that its preeminent preoccupation was the problem of empire. Bookended, on the one hand, by the imperial reforms of the Tanzimat and, on the other, by the Ottoman empire’s eventual dissolution, these decades witnessed persistent efforts to think through the meanings and effects of imperial sovereignty and the variety of imperial lifeforms. In what sense, Ottoman Arab literati and political actors asked, was the Ottoman empire an empire? What should be the relationship between the imperial state and its subjects? What were the consequences of dwelling in a world of empires? And how to address the global system’s asymmetries?

Reconstructing the problem-space these figures inhabited, and examining their answers to these questions, can offer fresh insight to scholars of international and imperial thought, global intellectual historians, and historians of the late nineteenth-century world – that world of stark inequalities and entrenched differences.

Dr Andrew Arsan is a Senior Lecturer in Modern Middle Eastern History at the University of Cambridge. As a historian of the Arabic-speaking Eastern Mediterranean, he is particularly interested in the cultural, social, political and intellectual histories of the Ottoman and post-Ottoman Levant. His first monograph, Interlopers of Empire: The Lebanese Diaspora in Colonial French West Africa (Hurst, 2014) was a joint winner of the 2015 RHS Gladstone Book Prize. His second book, Lebanon: A Country in Fragments (Hurst) was published in late 2018. An updated paperback edition is forthcoming in February 2020.