Andrew Arsan is joint winner of the 2015 Gladstone Prize for his book Interlopers of Empire: The Lebanese Diaspora in Colonial French West Africa (Hurst, 2014). Here he reflects on the importance of the prize not just in terms of its personal significance, but also for its timely recognition of historians of the Middle East. Andrew Arsan is Lecturer in Modern Middle Eastern History at St John’s College, Cambridge. 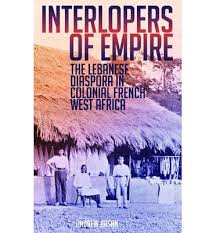 Seamus Heaney once spoke of the essays in self-presentation at which his American students excelled – a little doubt carefully sprinkled around the edges, a grace note or two of tasteful self-deprecation, but also an ability to plot the course of one’s life like a javelin travelling true through the air. I imagine we’ve all seen pieces like this, virtuoso compositions that set out to dazzle with the rapid fire reeling-off of accomplishments, and that treat past experience with all the blithe assurance and clarity of youth, as though each event was pregnant with meaning and each moment carried within it the portent of future achievement. It’d be easy – perhaps too easy – to lapse into this autobiographical mode and to claim for my younger self desires and drives he did not possess, to insist that I’d always intended to become a historian, to take on the subjects I have, to write the book I did. Easy, too, would be the obverse course of action: to claim that all was serendipity and contingency, and that I simply came upon this particular path by accident while wandering the blind alleys and byways of early adulthood. But I’m not sure that either account would be quite satisfactory. While one is all over-determination, weighed down and rendered awkward by the teleological freight I was taught to discard as an undergraduate, the other is simply too facile in its resistance to self-examination and analysis. More importantly, both make the grievous mistake of assuming that others will share one’s own fascination with one’s past. So rather than dwelling on what led me to become a historian of Lebanon and the Lebanese diaspora, of the Middle East and its formative entanglements with the world beyond, and to write Interlopers of Empire, a work that attempts to reconstruct the intimate moments and individual trajectories of Eastern Mediterranean migrants to colonial West Africa, I’ll attempt here to articulate what it means to me to have won the Gladstone Prize. 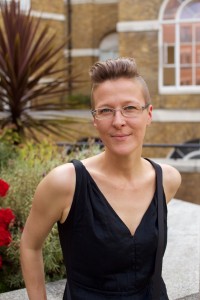 I’m proud, it goes without saying, to have been awarded this prize – and equally proud to have shared it with Lucie Ryzova, a brilliant and profoundly innovative historian of modern Egypt whose work on the self-fashioning of the effendiyya will shape discussion of these creatures of modernity for years to come. But I regard this not as a personal achievement, but as a symptom of a broader change in our profession. It would have been difficult even a few short years ago to imagine a prize of this stature being awarded to one historian of the Middle East, let alone two. But here we are, and the fact that Lucie and I share this year’s prize is not just a sign of the judges’ perspicacity, but also a reminder of how far Middle Eastern history has come in this country. The last few years have witnessed a spate of appointments in this field, as young scholars – Lucie and her colleague Simon Jackson at Birmingham, Jacob Norris and Hilary Kalmbach at Sussex, Benjamin White at Glasgow, my colleague Helen Pfeifer at Cambridge, and others – have taken up newly formed lectureships. Attentive at once to the specific demands and particular trajectories of regional history and to the broader currents of historical debate, these scholars are as willing to set the Middle East in a broader context as they are to treat it on its own terms. All, too, share a determination to prise the region from the gloomy narratives in which it is so often encased without, however, shying away from the difficulties and complexities of the Middle Eastern past.

In their different ways, then, these scholars are producing useable histories – useable not in their crude instrumentality and their subjection to the demands of the present, but in their willingness to provide narratives that surprise and enlighten even as they discomfit, that remind us of forgotten pasts and alternative futures even as they help us to understand the region’s halting progress towards the broken present. Whatever my reasons for writing Interlopers of Empire, I’m glad that I wrote it when I did. It’s a good time to be a historian of the Middle East – and never, perhaps, have our voices been needed more.