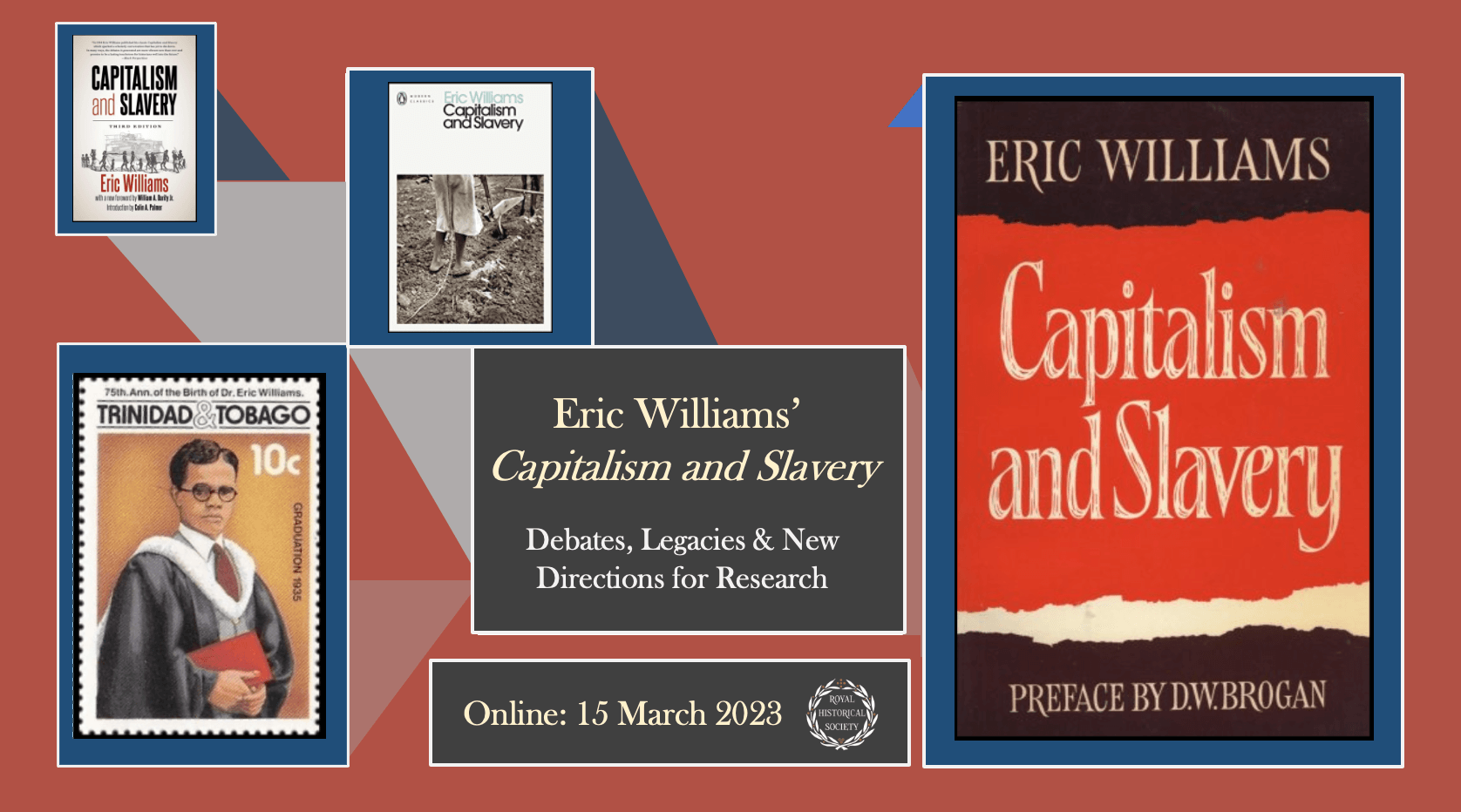 Book for this event via Eventbrite

Eric Williams’ Capitalism and Slavery (1944) remains a powerful, provocative and influential work of historical scholarship. For Williams, chattel slavery provided Britain with the capacity to develop commercial and industrial capitalism, and—in turn—the means to power an eighteenth-century industrial revolution. As the profits of slavery declined, Williams argued, so did British commitment to the slave trade—the motivations for abolition of the slave trade (1807) and of slavery (1834) being economic rather than humanitarian.

In this international panel, historians working in the fields of eighteenth-century Caribbean slavery and slave economy, and Anglo-Caribbean society, come together to consider the debates and legacies of Capitalism and Slavery. First published in the UK by André Deutsch in 1964, Williams’ classic text — ‘perhaps the most influential book written in the twentieth century on the history of slavery (Oxford DNB) — is gaining a new readership following its republication as a Penguin Modern Classic in 2022.

Panellists will introduce, and set in context, the scholarly and political work of Eric Williams (1911-1981), as well as review nearly 80 years of responses to Capitalism and Slavery. Our panel considers the value and contribution of the ‘Williams’ thesis’ in contemporary scholarship. Speakers will also offer their perspectives on future research directions for histories of slavery and the slave economy, as well as the social and economic history of the Caribbean, in the long eighteenth century.