The ‘right of public meeting’ was a persistent demand of political movements in Britain throughout the long 19th century. Participation in a public meeting was perhaps the most common experience that the majority of the population had of the constitutional system. Until the Human Rights Act 2000, however, there was no legal right of public assembly in England and Wales. At points of crisis from the 1790s onwards, governments passed legislation to restrict public assemblies, and local authorities policed their public spaces to prevent gatherings.

This lecture examines the debates around the right of public meeting in the 19th century, and the challenges made by democratic and social movements on the ground to defend that perceived right.

The ‘new political history’ of the 1990s proposed a model of 19th century popular politics that subdued previous interpretations of class conflict. Historians then went on to treat the different democratic and social movements separately, and the bigger picture was obscured. 19th century studies has therefore fragmented over the last twenty years or so. Recent research on the prevalence of petitioning parliament, and colonial frameworks of politics however promise to bring 19th century Britain back into the foreground. This lecture builds on this new interest to place the role of public meetings firmly within a broader understanding of the relationship between British imperial state and the people over the long duree. 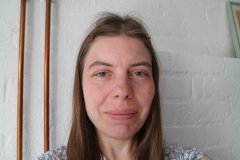 Dr Katrina Navickas is Reader in History at the University of Hertfordshire. Her third monograph will be on the history of public space in England, 1700-2000, resulting from a British Academy Mid-Career Fellowship. She is the Open Spaces Society Fellow at the Museum of English Rural Life for 2021.