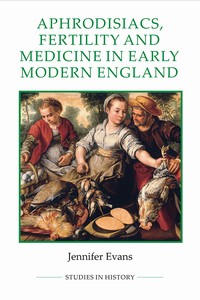 It was common knowledge in early modern England that sexual desire was malleable, and could be increased or decreased by a range of foods – including artichokes, oysters and parsnips. This book argues that these aphrodisiacs were used not simply for sexual pleasure, but, more importantly, to enhance fertility and reproductive success; and that at that time sexual desire and pleasure were felt to be far more intimately connected to conception and fertility than is the case today. It draws on a range of sources to show how, from the sixteenth to the eighteenth centuries, aphrodisiacs were recommended for the treatment of infertility, and how men and women utilised them to regulate their fertility. Via themes such as gender, witchcraft and domestic medical practice, it shows that aphrodisiacs were more than just sexual curiosities – they were medicines which operated in a number of different ways unfamiliar now. 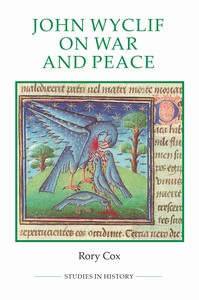 John Wyclif (c. 1330–84) was the foremost English intellectual of the late fourteenth century and is remembered as both an ecclesiastical reformer and a heresiarch. But, against the backdrop of the Hundred Years War, Wyclif also devoted significant energy to analysing the problem of violence in society. Rory Cox traces how and why Wyclif dismantled the three pillars of medieval just war doctrine – just cause, proper authority and correct intention ­– and reveals Wyclif to be a thinker deeply concerned with the Christian virtues of sacrifice, suffering and charity. Pioneering a unique doctrine of non-resistance, Wyclif was the first true pacifist of the Middle Ages. 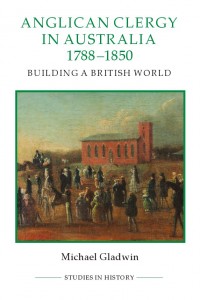 Anglican clergy in Britain’s early Australian colonies were required not only to minister to a convict population unique in the empire, but also to engage with indigenous peoples and a free-settler population struggling with an often inhospitable environment. Previous accounts have caricatured such clerics as the imperial authorities’ lackeys: ‘moral policemen’, ‘flogging parsons’. While the clergy did make important contributions to colonial and imperial projects, this book shows they vigorously asserted their independence in relation both to religious duties and to humanitarian concern for convicts, indigenous peoples and the poor. The clergy also made vital contributions to the new colonies’ economic development, and to the emergence of their civil society and distinctive intellectual and cultural institutions and traditions. Their contribution was shaped by their social origins, intellectual formation and professional networks in an expanding settler empire, a subject explored systematically here for the first time. 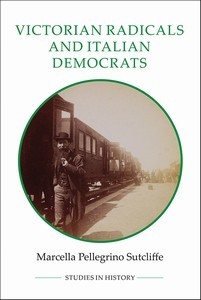 This book provides powerful new insights into the history of Italy’s long Risorgimento, by tracing the entanglements of the Mazzinian “international”. This informal group of men and women crossed the boundary of the Channel and the boundary of class to speak a common language and share a radical ideal: Giuseppe Mazzini’s vision of a unified, republican Italy. Published in the radical press, the exile’s writings on democracy, education, association and citizenship inspired both Oxford social reformers and self-improving artisans gathering in provincial reading rooms, co-operative societies, republican clubs and educational institutes: for them republican Italy became a transnational dream. Indeed, when Italy was unified under a constitutional monarch in 1861, British Mazzinians were bitterly disappointed. Setting off for Italy on their first “co-operative tour” in 1888, East London workers embarked on an educational pilgrimage, dotted with Mazzinian landmarks. Despite the fin de siècle crisis, Victorian radicals’ enduring faith in Italy’s democratic future remained steadfast. Indeed, when Fascists subsequently appropriated Mazzini’s national dream, post-Victorian Mazzinians would unequivocally voice their support for Italian anti-Fascists, who championed the principles of global democracy. Drawing on a wide range of material, the author adds a crucial new dimension to the history of Victorian radicalism in Britain, and to the “new history of the Risorgimento”.

Marcella Pellegrino Sutcliffe is a Research Fellow of Clare Hall, University of Cambridge. 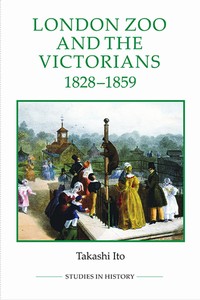 At the dawn of the Victorian era, London Zoo became one of the metropolis’s premier attractions. The crowds drawn to its bear pit included urban promenaders, gentlemen menagerists, Indian shipbuilders and Persian princes – Charles Darwin himself. This book shows that the impact of the zoo’s extensive collection of animals can only be understood in the context of a wide range of contemporary approaches to nature, and that it was not merely as a manifestation of British imperial culture. The author demonstrates how the early history of the zoo illuminates three important aspects of the history of nineteenth-century Britain: the politics of culture and leisure in a new public domain which included museums and art galleries; the professionalisation and popularisation of science in a consumer society; and the meanings of the animal world for a growing urban population. Weaving these threads altogether, he presents a flexible frame of analysis to explain how the zoo was established, how it pursued its policies of animal collection, and how it responded to changing social conditions.

A valuable contribution to scholarship, especially concerning captive spaces, Victorian science and the presence of the imperial. It sets the agenda for future studies. This book should be required reading for scholars and students. REVIEWS IN HISTORY

John Cunningham, Conquest and land in Ireland: the transplantation to Connacht, 1649-1680 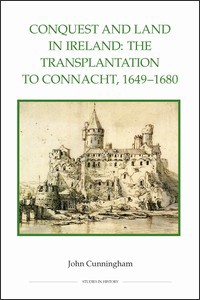 Mid-seventeenth century Ireland experienced a revolution in landholding. One of its most notorious elements was the transplantation to Connacht. Under this scheme the English government envisaged expelling the whole Catholic population from three of the country’s four provinces and replacing them with Protestant settlers from England and further afield. This book situates the origins of the transplantation in the heat of conquest, reconstructs its implementation in the turbulent 1650s and explores its far-reaching outcomes. It enables the significance of the transplantation and its relevance to wider themes such as colonialism, state formation and ethnic cleansing to be better understood.

The NUI Publication Prize in Irish History was awarded to Dr John Cunningham for The Transplantation to Connacht, 1649-1680, published in 2011 by Boydell & Brewer for the Royal Historical Society. This prize, of €3,000, is awarded for a first sole author book by an NUI scholar whose doctoral degree was awarded no earlier than 1 January 2005. Commenting on Dr Cunningham’s book, the Selection Panel noted that ‘in a work of fine scholarship, John Cunningham brings new insight to the period of the transplantation to Connacht 1649-1680. Engaging with existing historiography, he handles complex materials well and with admirable compassion. His interpretation is meticulous, solidly grounded and calibrated’. 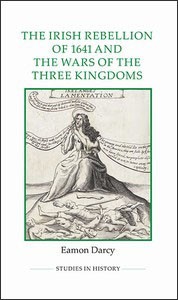 Eamon Darcy, The Irish Rebellion of 1641 and the War of the Three Kingdoms

After an evening spent drinking with Irish conspirators an inebriated Owen Connelly confessed to the main colonial administrators in Ireland that a plot was afoot to root out and destroy Ireland’s English and Protestant population. Within days English colonists in Ireland believed that a widespread massacre of Protestant settlers was taking place. Desperate for aid they began to canvass their colleagues in England for help. They claimed that they were surrounded by an evil popish menace hell-bent on destroying their community. Soon sworn statements, later called the 1641 depositions, confirmed their fears (despite little by way of eye-witness testimony). This book investigates the outbreak and portrayal of the rebellion and demonstrates, despite some of the outrageous claims made in the depositions, the myth of 1641 became more important than the reality. 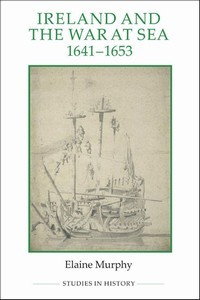 The conflict on the Irish seaboard between the years 1641 and 1653 was a key theatre in the Wars of the Three Kingdoms. Moving beyond traditional accounts of naval campaigns, this full-length study integrates warfare at sea into the wider dimension of political and economic developments in Ireland, England and Scotland. This volume makes extensive use is made of a wide range of archival material, in particular the High Court of Admiralty papers. It will appeal to scholars and students of the military and naval warfare in the early modern period. 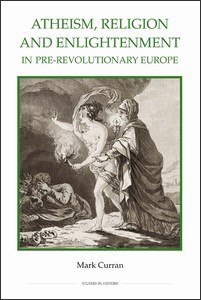 The campaign of atheism and anti-clericalism, waged by the baron d’Holbach in the years around 1770, was so radical that it provoked an unprecedented public response. For the baron’s enemies it was proof that the likes of Voltaire and Rousseau were a cabal of atheists hell-bent on the destruction of all that was to be cherished about religion and society. The response came from an unlikely source – independent Christian apologists, Catholic and Protestant, who attacked the baron on his own terms and, in the process, irrevocably changed the nature of Christian writing. An examination of the reception of d’Holbach’s works throughout francophone Europe, this book argues the case for the existence of a significant ‘Christian Enlightenment’ and raises questions about existing secular models of the francophone public sphere.

Ian Jones, The Local Church and Generational Change in Birmingham, 1945–2000 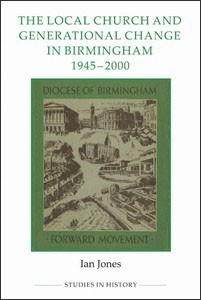 The ongoing debate about secularisation and religious change in twentieth-century Britain has paid little attention to the experience of those who swam against the cultural tide and continued to attend church. This study, based on extensive original archive and oral history research, redresses this imbalance with an exploration of church-based Christianity in post-war Birmingham, examining how churchgoers interpreted and responded to the changes that they saw in family, congregation, neighbourhood and wider society. One important theme is the significance of age and generational identity to patterns of religiosity amidst profound change in attitudes to youth, age and parenting and growing evidence of a widening ‘generation gap’ in Christian belief and practice. In addition to offering a new and distinctive perspective on the changing religious identity of late twentieth-century English society, the book also provides a rare case study in the significance of age and generation in the social and cultural history of modern Britain.

Ian Jones is the Director of the Saltley Trust, Birmingham

‘[This book’s] main concern is the change in the nature of the Churches and in their relationship with the wider society in the post-war years ‒ and especially in the putatively crucial 1960s. Jones ably makes the case for three vital changes in church culture: the relaxation of Victorian reverence and formality, a more ‘expressive and spontaneous approach to worship’, and a ‘concerted effort … to instil a friendlier and more welcoming ethos into Sunday mornings’ (p. 107). He is also good on the growing realisation among English Christians that they formed an increasingly isolated minority. This rich account of local church life deserves a wide audience and it is to the credit of the Economic History Society, the Past and Present Society and the Royal Historical Society that their subsidies allow the Boydell Press to bring such work to our attention’: Steve Bruce, Journal of Ecclesiastical History lxv (2014), 711.