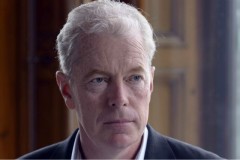 Simon Newman, Chair of the Publications Committee, writes: The RHS invests heavily in support for publishing, and one of our most long established ventures is the Studies in History Series, presently published by Boydell and Brewer. The series publishes exclusively adapted PhD dissertations. As part of ongoing process of review of our publications programme we are actively considering converting this series to an Open Access model of publishing which would be free to the author (no author charges). Open Access is potentially helpful to early career researchers, as it means that the text is available free of charge to any readers world-wide from the day of publication. But it would also be published in conventional book form: authors would receive the normal allocation of free copies, with the opportunity to purchase more, and the book would still be sent to review journals in print form.

We are seeking the views of early career researchers into the Studies in History Series and into other possible forms of support we can offer the ECR community, both in publishing and other spheres. Thank you for your time.

Emma Griffin is an RHS Literary Director. She writes: 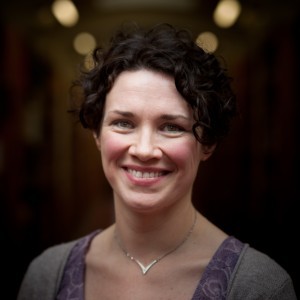 As the nation’s foremost historical society, the RHS actively promotes the publication of historical scholarship.  It does so through four different publishing ventures designed to assist scholars in undertaking and disseminating their historical research.

Our longest running series is the Camden Series – it has been published continuously since 1838 and now contains over 325 volumes.  Published twice yearly by Cambridge University Press, the Camden Series produces edited collections of previously unpublished British history sources.  The Camden volumes are fully annotated and indexed and contain expert introduction and commentary.  The entire back list of the Camden Society publications is available on-line through Cambridge Journals Online.  A smaller number are also freely available through British History OnLine. The literary directors are always keen to receive new proposals for Camden editions.  The main criterion for consideration is that the sources have not been previously published and are of broad historical significance.  If you are interested in submitting a proposal, please click here for an application form.

In 1872, the RHS began publishing its annual Transactions of the Royal Historical Society – a bound copy of which is sent to all members of the society.  Transactions contains articles presented at RHS meetings in the previous year. The back list up to 2005 is available on JStor; and the entire collection from 1872 to the present is available on the CUP digital archive.

Since 1975 the RHS has published the Studies in History series.  Initially established by  Sir Geoffrey Elton and re-launched in 1995, this distinguished series is dedicated to publishing outstanding works by first-time authors at the beginning of their academic careers. In the process of preparing to present their work for a broader, scholarly readership, authors work closely with a member of the editorial board who acts as mentor. They also benefit from detailed, first-rate copy-editing and an excellent production team at Boydell & Brewer. So far more than 150 titles have been published in the series, which covers the whole range of the discipline from early medieval to the recent past, any geographical area, and all historical sub-disciplines. Early-career historians interested in publishing with the RHS are warmly encouraged to submit a proposal.

The Bibliography of British and Irish History (BBIH)

The most recent publishing venture of the RHS is the Bibliography of British and Irish History (BBIH) – a joint venture between the RHS, the IHR, and Brepols.  The BBIH contains over half a million records, making it easily the most comprehensive online bibliography of British and Irish history.  It is fully searchable and linked to online editions of articles, library catalogues and google books, making it an invaluable resource for any historian embarking on new research.

Emma Griffin is Professor of Modern British History at the University of East Anglia. She is the editor of History and a co-editor of Cultural and Social History, and the author of four books, most recently Liberty’s Dawn: A People’s History of the British Industrial Revolution (Yale University Press, 2013).