Home > News > History in the News

2016 marks the 70th anniversary of the death of the independent MP, Eleanor Rathbone. Known as ‘the MP for refugees’ her campaigns on behalf of refugees in the Interwar and 2WW period have a strong resonance with the current crisis, carrying a powerful message as pertinent today as it was then.

Dr Susan Cohen’s monograph Rescue the Perishing: Eleanor Rathbone and the Refugees was published in 2010. She is currently researching the role of women within refugee organisations in Britain before and during the Second World War. Susan is co-founder of the Remembering Eleanor Rathbone group.

The theme of Holocaust Memorial Day this year was ‘Don’t stand by’, a salutary reminder of the duty we all have, as responsible citizens, to speak out on behalf of people who are being oppressed or persecuted. Following the family motto ’what ought to be done, can be done’ Eleanor Rathbone, Independent MP for the Combined English Universities from 1929, embraced this obligation, devoting her working life to the needs of the under-represented in society, regardless of race, religion or gender. She never had a plan in her mind, but instead took up causes that came to her attention and which called for a strong advocate, moving seamlessly from national social and welfare concerns, equality for women, eliminating child poverty, improving housing and a host of other injustices. As a parliamentarian, only one of fourteen women returned in the 1929 election, she put her skills to good use, becoming the most powerful backbencher of the time.

She extended the scope of her activism to Britain’s colonies, and to Palestine, then ruled under a British mandate, with feminist issues at the heart of her work. But it was the refugee cause, precipitated by Hitler’s accession to power in Germany in January 1933 that set her on a path that was to literally exhaust her, hastening her untimely death in January 1946. An anti-Fascist, anti-Nazi and anti-appeaser, she was the only female politician to denounce the new Nazi regime when the House of Commons met on 13 April 1933, warning of the dangers the regime posed to world peace. Presciently, she spoke of how the Nazis were “inflicting cruelties and crushing disabilities on large numbers of law-abiding peaceful German citizens, whose only offence is that they belong to a particular race or religion or profess certain political beliefs.” These were the very people whom she came to support, and for whom she became the most outspoken critic of government policy. 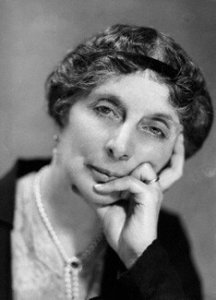 In 1937 she and her fellow MP, Katherine, Duchess of Atholl, organised the rescue of some 4,000 children from the Basque combat zone during the Spanish Civil War and when Eleanor and her allies found out, in early 1939, that more Republicans were at risk of summary executions and reprisals, and that the British government was unwilling to help rescue them or offer protection for rescue vessels, they simply circumvented officialdom. Ships were organised to run the blockade and the National Joint Committee succeeded in getting several boatloads of refugees out, and to safety. But it was the fateful events of 1938 that completely altered the landscape – from the annexation of Austria in March; the orchestrated anti-Jewish pogroms across Germany and Austria, ‘Kristallnacht’, of 9/10 November; and the intervening signing of the Munich agreement in September, which gave the Nazis carte blanche to occupy the Sudetenland in West Czechoslovakia. The latter in particular created an unprecedented refugee crisis as thousands of people, including but not exclusively Jews, sought safety in, and then escape from Prague.

Eleanor Rathbone felt a personal responsibility for Britain’s part in this human disaster, and in response set up, and led her purely voluntary Parliamentary Committee on Refugees in November 1938, quickly gathering more than 200 supporting MPs. The remit of the PCR was:

to influence the Government and public opinion in favour of a generous yet carefully safeguarded refugee policy, including large-scale schemes of permanent settlement inside or outside of Empire; also, since thousands of refugees would perish while awaiting such schemes – temporary reception homes in this country where refugees can be maintained, sorted out and eventually migrated, except in cases where their abilities can be profitably utilised here without injustice to our own workers.” 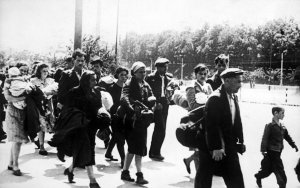 The remit has an uncanny resonance with the current refugee crisis. With some minor alterations, it could have been written in 2016. The Czech refugees were now at the heart of Eleanor Rathbone’s campaigning activities as she urged the government to issue more visa, relax entry restrictions and make good their promise of a loan to Czechoslovakia. The outbreak of war meant the cancellation of any outstanding visas, and dashed hopes of escape, so she now turned her attention to refugees at home, as she championed their fair and humane treatment. Now considered enemy aliens, and classified by a tribunal system, there were some 55,000 Jewish refugees from Germany and Austria amongst the approximatly 80,000 refugees living here at the time. Some 6,782 in Category B, had mobility restrictions imposed upon them, affecting their ability to work and to be financially independent. Employers were desperate to take on suitable refugee workers, but permits were taking forever to be issued. This treatment, she argued, was counter-productive . It struck at the heart of her sense of justice and she did everything in her power to ameliorate the situation. But she was always patriotic, and never lost sight of the priority, which was the safety of the country and its citizens. 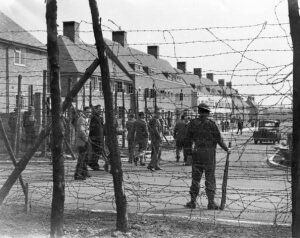 Deputations, questions, letters, phone calls, liaising with every refugee committee and activist, and enlisting the support of other MPs were all part of her armoury. The mass internment of around 27,600 enemy aliens in May 1940 served only to exacerbate an already challenging situation and to plunge Eleanor Rathbone and her committee into a maelstrom of activity as they sought the release of thousands of refugees. She put over 80 parliamentary questions on internment alone; the issues pursued including the importance of separating Nazi internees from non-Nazis; the shocking living conditions in many of the camps; the food shortages and lack of medical care. Once again the parallels with refugee camps and detention centres for asylum seekers cannot be ignored. The response to Rathbone’s urgent requests for a more generous immigration policy followed a pattern, including claims that it would fuel domestic anti-Semitism. In a desperate effort at countering this assertion, in late 1942 she established the National Committee for Rescue from Nazi Terror. The remit was to disseminate information at home about the mass extermination of Jews in Europe (information that the BBC in particular was unwilling to broadcast) and to promote small scale rescue missions. Despite the lack of success, the fact that Eleanor doggedly pursued these goals in the face of government intransigence and kept the subject in the public eye, is testimony to her humanity and determination.

Poignant words, written in 1943, highlight the struggle she envisaged people would have to expiate their shame:

If peace came tomorrow, we could not forget the millions for whom it would come too late, nor wash our hands of the stain of blood.’”

Nor was she able to hide her shame at Britain’s myopia, for she was convinced that with:

…greater foresight, courage (sic) there would have been no war, and if our policy towards refugees had been less miserably cautious, selfish and unimaginative, thousands of those already dead or in danger of death, might now be free and happy, contributing from their rich store of talent and industry to the welfare of mankind.”  [i]

Today’s political situation is not the same as that which prevailed during the Second World War. But Eleanor Rathbone’s assessment of the official response to the humanitarian disaster then resonates with the current crisis now. Calls for an imaginative and generous response reflect her belief that Britain’s tradition of liberty, generosity and asylum were of profound importance, even in wartime.

Eleanor Rathbone died 70 years ago in January 1946, and is being commemorated at various events throughout the year. Her refugee work will be remembered at a one-day conference being held in central London on Monday 20 June 2016, World Refugee Day. Welcome to Britain? Refugees Then and Now. A conference in memory of Eleanor Rathbone 1872-1946, the ‘MP for refugees’. 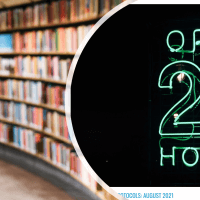 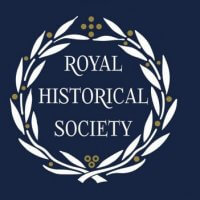