The repulsion of the Rus’ attack on Constantinople in 941 by the Byzantine fleet, C13th, Chronicle of John Skylitzes, cod. Vitr. 26-2, fol. 130, Madrid National Library, CC-0.

“The Making and Breaking of Kinetic Empire: Mobility, Communication and Political Change in the Eastern Mediterranean, c.950-1100 C.E.” 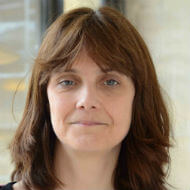 The final decades of the eleventh century were a period of immense geopolitical change for the eastern Mediterranean world. Invasions from the east (Turks) and west (Normans and Crusaders) reordered a political landscape hitherto balanced between the Byzantine empire in the north and the Fatimid caliphate in the south. It can be tempting to interpret this period as one when stable, early-medieval imperial formations with fixed administrative centres, carefully-choreographed ceremonial cultures, and palace-based elites were rapidly undone by outsiders whose power was mobile and fluid.

The picture of the geopolitics of the eastern Mediterranean put forward in this lecture is rather different. By working with ideas about kinetic empire developed for eighteenth- and early nineteenth-century North America, I will suggest that putting mobility at the centre of our analysis can make sense not only of late eleventh-century change in the eastern Mediterranean, but also of the century between 950 and 1050 when the sedentary Byzantine and Fatimid empires were themselves expanding. That mobility was integral to the operation of power in states which are often viewed as ‘sedentary’ is an idea with increasing traction among medievalists.

But ‘mobility’ is a characteristic which requires breaking down so that its role can be more precisely gauged in particular contexts. In the case of Byzantium, harnessing the kinetic was fundamental to the practical ways in which the empire recruited to its armies and fought campaigns, but also to the construction and communication of an imperial ideology. Nor was Byzantium alone in this enterprise – parallels can be detected across western Eurasia and the Mediterranean in the same period. Nonetheless, probing the first-hand evidence for the kinetic enables us to see how little real world control those claiming imperial power often had over the movement that they attempted to channel, harness and celebrate in official communications.

Catherine Holmes is Professor of Medieval History and a Fellow of University College, Oxford. A specialist in the politics and the culture of the Mediterranean world, including Byzantium, between the tenth and early fifteenth centuries, her research integrates Byzantine studies with the study of other regions of the medieval world. Together with Naomi Standen (Birmingham), Catherine recently edited The Global Middle Ages (Oxford, 2018), a Past and Present supplement volume which draws together the findings of a collaborative project funded by the AHRC.