‘The Historical Lecture: Past, Present and Future’ 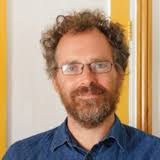 Watch the recording of this lecture

The oral performance of history has been common to many societies from Herodotus and the histories of Beowulf, to the griots of West Africa.

Growing out of traditions of scholarship, reading, and sermonising in medieval Europe, the lecture in western history emerged from these histories of orality, and grew in the 16th century to be a recognised form of exposition on a theme. Its name shows the close connection in its origins to reading, and to the lecturer’s expertise in that domain. From this starting point, lectures grew to be associated with frameworks of academic authority, as well as markers of community and shared academic, religious and civic identity.

From the late 18th century onwards, the role of the historical lecture widened to involve public education, and was also later incorporated into political contestations by anticolonial orators such as Maya Angelou, Amilcar Cabral and Fidel Castro. In the 21st century, the rise of transnational technology has seen the increasing atomisation of the lecture into a space of performative and disembodied information.

At the same time, the public space of the lecture has become both more open and closed: open in being more widely accessible, and closed in narrowing the scope for the unexpected question to interrupt the lecturer’s position of power, the unexpected juxtaposition of peoples from different communities, and the opportunity thereby to break down barriers.

In the future, the knowledge and thematic being explored in historical lectures may embrace more of a demonstration of mastery of the commercial technology involved in their delivery, and recede from the centrality of the exposition related to the lecture or reading from which knowledge and academic communities historically have built.

Toby Green is Professor of Precolonial and Lusophone African History and Culture at King’s College, London. His 2019 book A Fistful of Shells was awarded the British Academy’s Prize for Global Cultural Understanding.