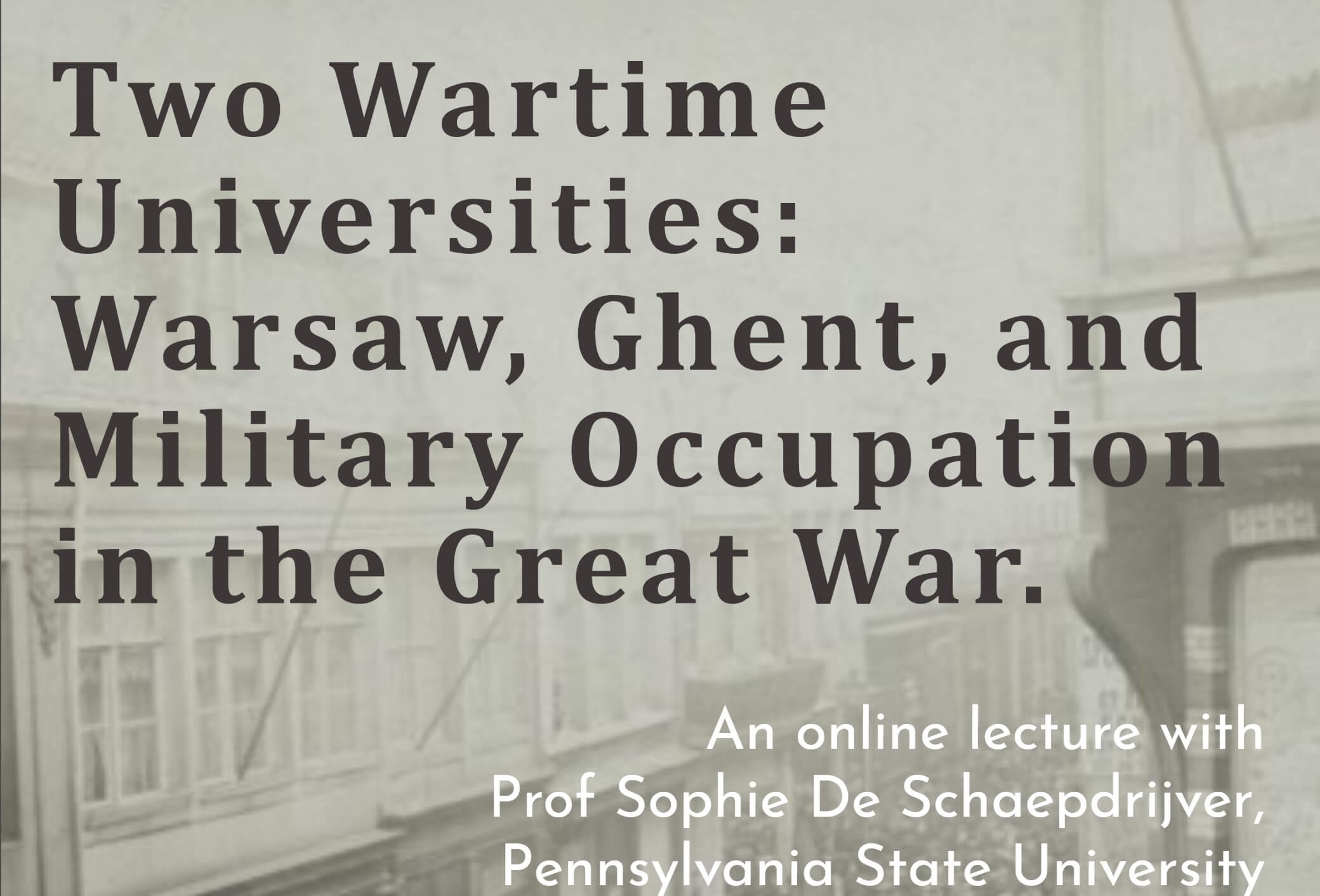 The Centre for War and Diplomacy, in association with Lancaster Military Heritage Group is honoured to present Professor Sophie De Schaepdrijver’s online talk.

Professor Schaepdrijver is Walter L. and Helen P. Ferree Professor of Modern European History at The Pennsylvania State University, Department of History. She is an historian of modern Europe. For the past two decades, her research has focused on the social and cultural history of the First World War, with particular attention to military occupation, gender, and private writings.

Prof De Schaepdrijver’s latest books are Gabrielle Petit: the Death and Life of a Female Spy in the First World War (2015), praised in The Times Higher Education as “a model of how the cultural history of the war should be written,” and An English Governess in the Great War: The Secret Diary of Mary Thorp (2017, with Tammy Proctor), which was reviewed in the New York Times. She is working on a monograph with the title The Great War’s Third Space: Military Occupation in First World War Europe.

The most recent prizes awarded Prof De Schaepdrijver’s work are Penn State’s 2017 Faculty Scholar Medal in recognition of scholarly excellence in the Liberal Arts; the 2018 Innovation in Academia award by the University of Kent (UK); and the 2019 Biography Prize by the Society of Dutch Literature in Leiden (The Netherlands).

Prof De Schaepdrijver is also active as a public historian. She has co-written and presented a prize-winning four-part television documentary; served as commentator for BBC Television’s live coverage of the centenary celebrations of the Battle of Passchendaele (July 2017); curated three exhibitions; and written opinion pieces.