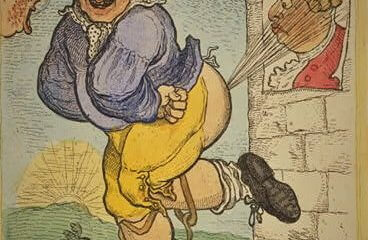 Treason’ seems to be an ubiquitous concept in human history, stretching from the ancient world through to the present day. While it is sometimes thought of as an anachronistic term associated with past despotic governments, it is very much alive in our contemporary world. In Russia, the journalist Ivan Safronov was recently accused of treason. From the USA, the cases of the ‘traitors’ Edward Snowden and Chelsea Manning are well-known. Repeatedly the term ‘traitor’ is used rhetorically in political debate in an excoriating fashion, to condemn opponents who have supposedly violated a perceived moral bench-mark. A new high point is marked by the insinuations of Donald Trump’s supporters that his election defeat was due to the fraud of traitors. Rarely has an election in the Western democracies of the 20th and 21st centuries been so characterized by a rhetoric of betrayal. ‘Treason’ adds an ethical dimension to any political power contest, with an individual labelled as ‘traitor’ who has allegedly broken trust with his peers.

In a more concrete way, however, ‘treason’ is the ultimate political crime in any state. Through the centuries it has been codified in criminal law in a tradition passed down from Roman and Germanic law; traitors have warranted the harshest punishments – such as hanging, drawing and quartering – in order to eliminate their traces from society. Essentially, the crime of treason involves a violent attack on the fundamentals of the state, threatening the security of the regime and the state community. The ‘traitor’ may be seeking to kill or incapacitate the ruler, or to overturn the form of government by plotting a violent revolution. But he – and traitors have usually been male – may also be consciously working to undermine public security through collaboration with a foreign enemy, through betraying state secrets to an alien body. Treason has always involved dimensions of domestic and foreign security, often with corresponding terminology to match (for instance, Hochverrat and Landesverrat in German).

Although in the modern world it is the dangers of state betrayal through espionage which seem more prevalent, the intertwining histories of domestic and foreign treason have been present throughout the centuries under many varied types of regime. As this implies, there are consistent threads running through the history of treason, even if it has manifested itself differently through the prism of different regimes and ideologies. The methodology used to commit treason has certainly changed (bombs, cyber-warfare) and the legal parameters have constantly shifted – but has the essence of treason also endured down the centuries?.

Despite its ubiquity in political rhetoric and the law, treason is a surprisingly under-researched phenomenon. It is an interdisciplinary subject, approached variously by historians, political philosophers, linguists, lawyers and dramatists. The history of treason is also fragmented, usually broken down into case studies to match particular eras, with some historical periods far more richly researched than others. There have been few attempts to provide overarching conceptual histories of treason.

This pilot-project therefore aims at a conceptual and comparative history of treason, beginning with an initial online international workshop in September 2021 at which historians with different disciplinary approaches will start to map out a framework for deeper research. Treason will be examined across time periods and regimes, but also transnationally in order to understand its history as a truly global phenomenon. Alongside this global treatment in the longue durée, our conceptualisation will focus on a number of key interdisciplinary themes. These are: (1) cultural representations of treason; (2) treason in criminal law; (3) the practice and punishment of treason; (4) the impact and heritage of treason. Within these themes we will pose some essential research questions: