Home > Events > Theatres of Revolution: the Stuart Kings and the architecture of disruption 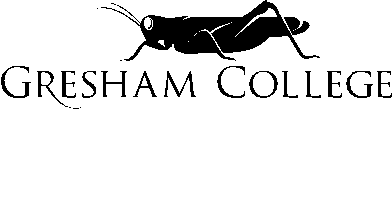 Theatres of Revolution: the Stuart Kings and the architecture of disruption

Please do double-check dates/times/venues on our website or printed programme in September, www.gresham.ac.uk.

Based on new research Simon Thurley illuminates the architectural world of the century of revolution. The Stuart period saw huge religious, social and political disruption and amidst this, monarchs struggled to rule, frequently from ad hoc and makeshift residences. The interactions between architecture and power took on different meanings as monarchs struggled, against the odds, to govern and sometimes, simply survive. These lectures explore key moments in 17th century history through the lens of the architectural expedients the Stuart monarchs adopted to rule.

James I: The Court at Play

Before he became King of England in 1603 James I had never set foot in an English royal palace. What he found when he did was a mixed blessing: he may have liked the grandeur and riches, but he hated the stuffy formality. His answer was to create an entirely new sort of country residence devoted to hunting, reading and relaxation with his male favourites. Architecturally incoherent these places may have been, but James’s remarkable forgotten country houses tell us a huge amount about the man and the dawn of the Stuart age.

Charles I: The Court at War

During the Civil War Charles I’s court, denied access to its usual country residences, was forced to set itself up in a series of makeshift locations. The most important of these was Oxford which Charles converted into a large and well-organised courtly campus. Oxford, and a series of other temporary ‘palaces’, had to be both elegant court centres and efficient military headquarters; these very unusual royal houses cast new light on the key protagonists in England’s Civil War.

Charles II: The Court in Exile

For a decade after the execution of Charles I the Stuart courts were based in the Low Countries and France. Always short of money, but determined to maintain splendour and dignity, Charles II rented a series of mansions and used them as the headquarters of the exiled monarchy. These hitherto unknown royal ‘palaces’ became the nursery of courtly fashion and etiquette where the king and his courtiers developed tastes that were to fundamentally fashion the art and architecture of Restoration England.

William And Mary: The Court Divided

Like James I, King William III was fundamentally unhappy with the stuffy formality of England’s vast crumbling royal estate. But unlike James, who virtually abandoned Edinburgh, William maintained a second court, and a parallel suite of royal houses, in the Netherlands. Mostly ignored by English historians, these houses are the key to understanding the style that we now know as William and Mary, and its impact on England.

Dates may be subject to change so please check our website for final dates and locations: https://www.gresham.ac.uk/series/theatres-of-revolution/