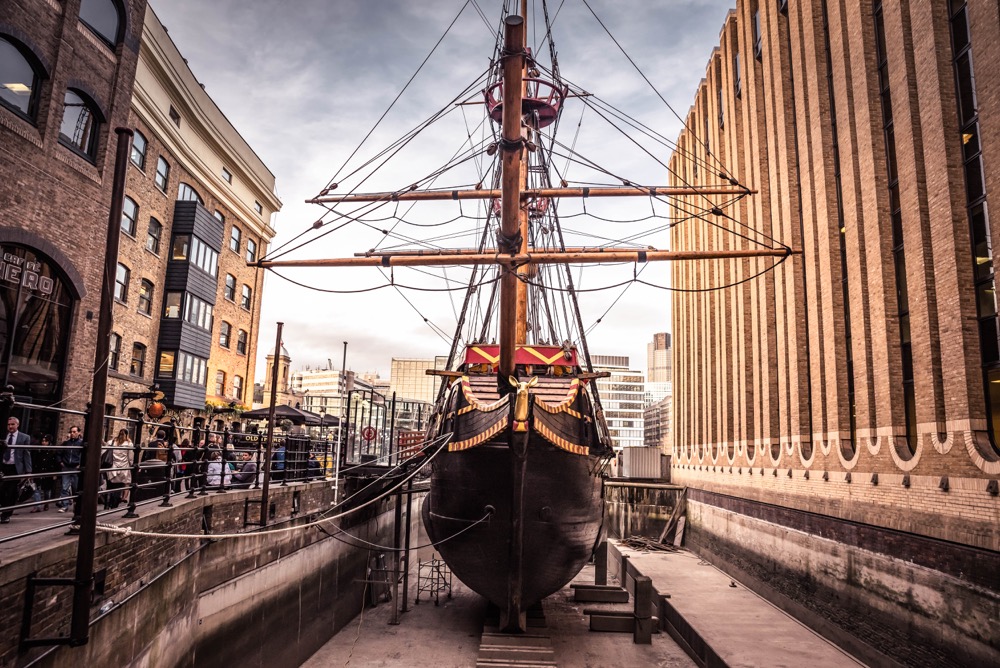 A talk aboard Sir Francis Drake’s famous ship in Bankside, London. The Golden Hinde is an authentic reconstruction of the first English ship to circumnavigate the globe from 1577 – 1580.

Dr. Miranda Kaufmann, the author of Black Tudors: The Untold Story, will first whisk you away to Panama, where an African man named Diego first met Francis Drake in 1572. Then you will follow in Diego’s footsteps as he pursues adventure in the Caribbean and then, four years later, around the world. But Diego was not the only African to sail with Drake. You will hear of at least six other African men who joined the Golden Hinde as she sailed up the western coast of South America.

Dr. Miranda’s Kaufmann’s book will be available for purchase after the talk, please bring cash as card payments will not be possible. Doors open at 19:00, talk is from 19:30 – 20:30 and there will be time for Q&A.

Tickets are £10 , purchase tickets on The Golden Hinde website