Home > Events > The Mythification of Charlemagne 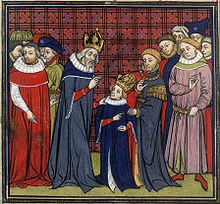 A joint workshop organized by the German Historical Institute London and the Department of German and Dutch at the University of Cambridge.

Charlemagne (768-814) ruled over regions and territories that today form part of several European countries. As a result, in the nineteenth and twentieth centuries his legacy was disputed, as both French and German historians claimed him as the father of their respective countries. Today, the Frankish ruler is praised as a father of a unified Europe and as a patron of learning and the arts in the Carolingian Renaissance. The mythification of the emperor, however, had already begun in his lifetime. In the Middle Ages, in particular, his memory was manipulated to serve a variety of needs. The workshop assembles several specialists on the reign and the historical image of Charlemagne in the high Middle Ages from Germany, Britain and the United States.

Admission is free, but we would like to ask you to register with Carole Sterckx: sterckx@ghil.ac.uk