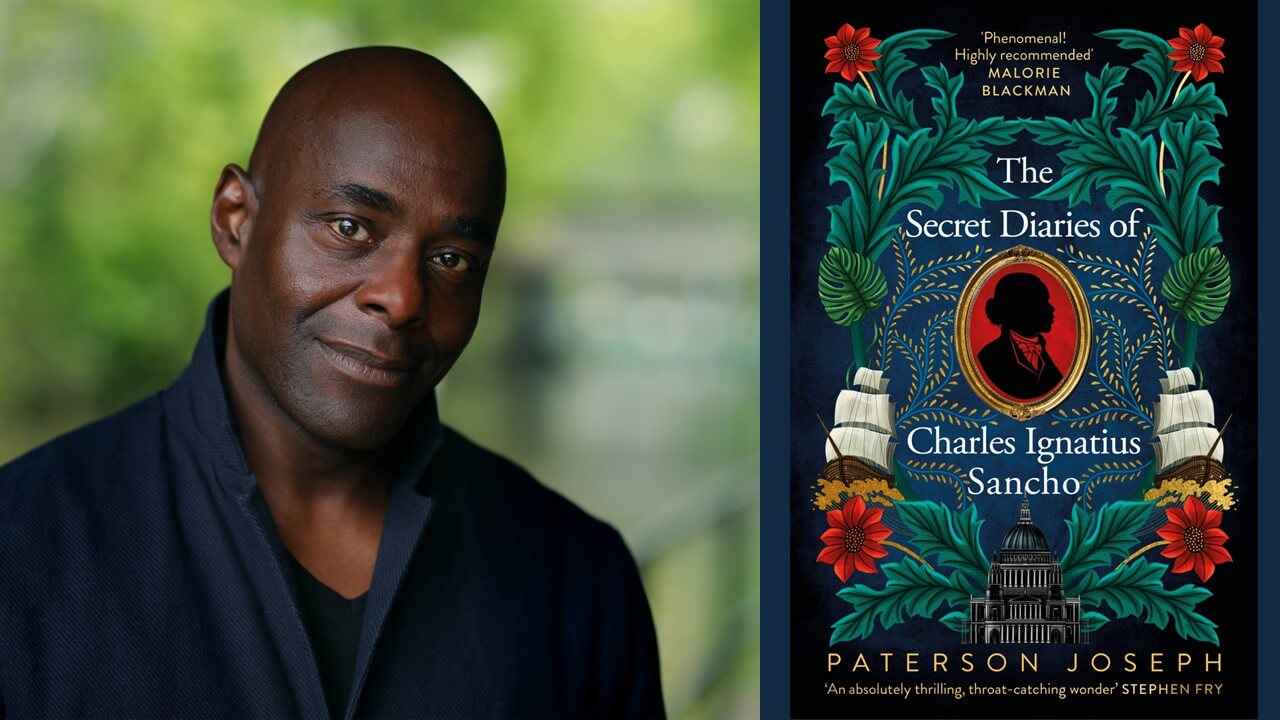 Acclaimed British actor Paterson Joseph draws from his highly anticipated debut novel to tell the extraordinary story of 18th-century writer, abolitionist and composer Charles Ignatius Sancho. Charles’s story began with his birth on board a slave ship in c.1729, before being orphaned and sold into slavery.

Transported across the Atlantic to Britain at the age of two, Sancho spent his childhood and teens in the household of three English sisters, before escaping enslavement and developing a career as a businessman, writer and composer who sat at the very heart of Georgian London – becoming the first Black person to vote in Britain and leading the fight to end slavery.

Beginning with a dramatic reading from his new book, Paterson Joseph shares Charles Ignatius Sancho’s incredible life story and explores what it meant to be a Black Briton living at this time, and how historical fiction can help to breathe fresh life into real historical figures.

Paterson Joseph is a beloved British actor and writer. Recently seen on Vigil and Noughts and Crosses, he has also starred in Peep Show and Law & Order UK and he plays Arthur Slugworth in the forthcoming Wonka movie. The Secret Diaries of Charles Ignatius Sancho is his debut novel.

For more information and to book tickets, please visit: https://www.bl.uk/events/the-extraordinary-life-of-charles-ignatius-sancho-with-paterson-joseph