Home > Events > The Emotions of Internationalism: Feeling International Cooperation in the Alps in the Interwar Period 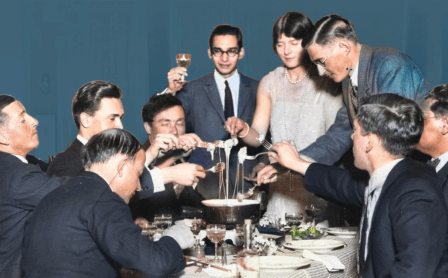 Through the analysis of a broad spectrum of unpublished archival materials in four languages (English, French, Italian, and German), this book takes readers on an evocative, historical journey through the Alps. A wide range of characters populate each page, from Heidi and the protagonists of novels and films set on the mountains, to Woodrow Wilson and other high-level political figures active both inside and outside of the League of Nations, to the alpinists and climbers engaged in hikes and international congresses, to the many children involved in camping trips, to the countless patients of the sanatoria for the treatment of tuberculosis which for decades used to dot alpine villages and to excite the popular imagination

At the centre are people’s emotions—real and imagined—from the resentment left after the First World War to the “friendship” evoked in speeches and concretely implemented in a number of alpine settings for a variety of purposes, to the “joy” that contemporaries saw as they key to navigate the complexities of “modernity” and to avoid another war. The result is a compelling overview of the institutions and people involved in international cooperation in the 1920s and 1930s and also of the various ways in which various political movements used emotions to obtain their goals, putting forth ideas and practices that still resonate to this day.

A native of Italy, Ilaria Scaglia studied and taught international history in the United States before joining Aston University in Birmingham (UK) as a Lecturer in Modern History in May 2018. She was also a Volkswagen-Mellon post-doctoral research fellow in Germany (Free University Berlin) and a Visiting Researcher at the Centre “History of Emotions” at the Max Planck Institute for Human Development in Berlin (2016–17). Her main fields of interest include the history of internationalism and the history of aesthetics and emotions. Her previous publications dealt with the interplay of art and performative politics, nation branding and international cooperation, and the moral economy of internationalism. Ilaria Scaglia is also a Board Member of the Coordinating Council for Women in History (CCWH) and an active committee member of the Society for Historians of American Foreign Relations (SHAFR).