Home > Events > The Adventures of a Black Edwardian Intellectual 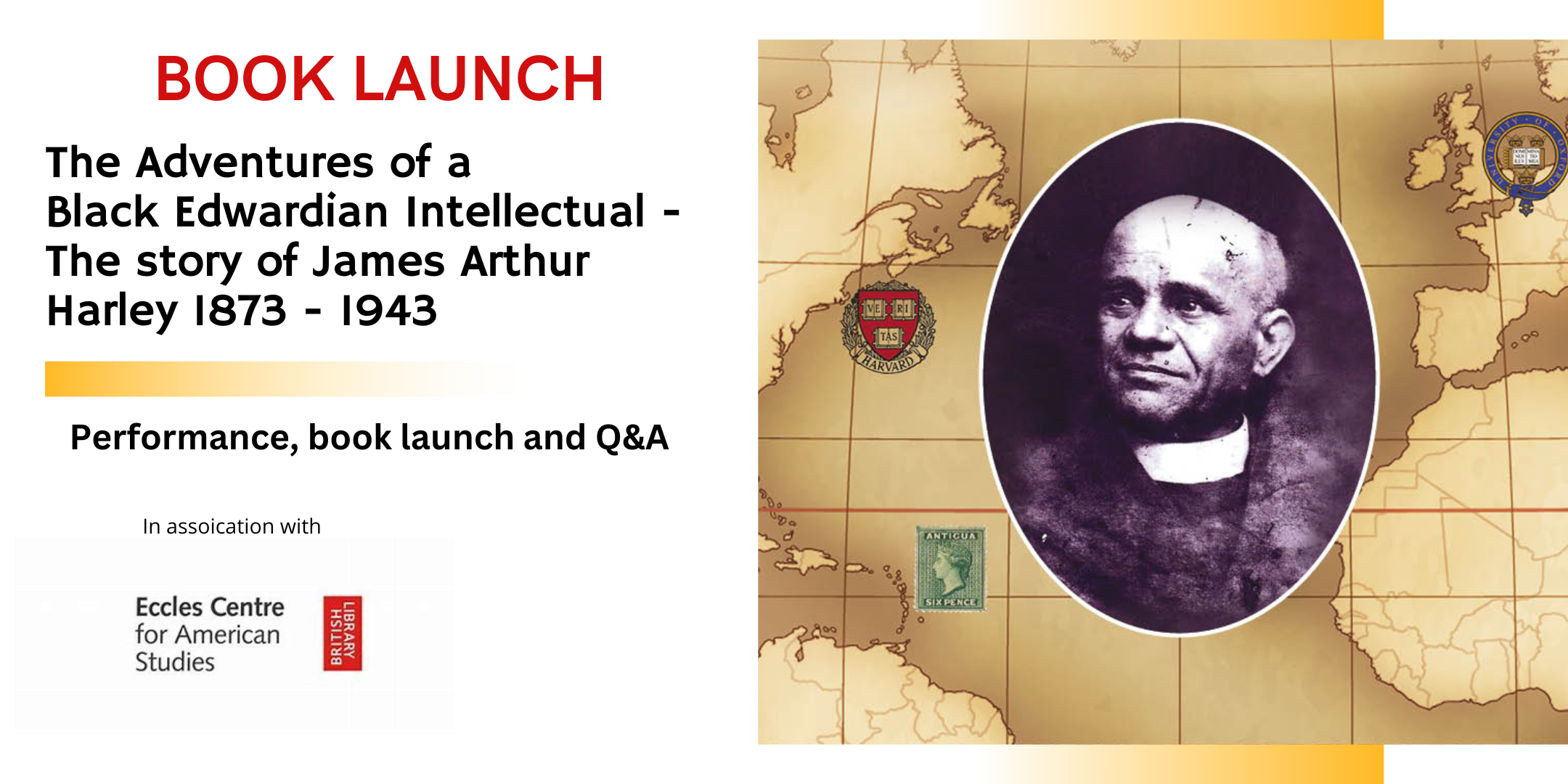 James Arthur Harley was an intellectual polymath who served as a politician, reverend, and scholar. With the foundation of an esteemed education gained at Howard, Yale, Harvard, and Oxford Universities, he made no apologies for being an outspoken, articulate black man challenging and provoking any white man: a dangerous undertaking at the turn of the 20th century.

Born in 1873 in All Saints village, Antigua, James Arthur Harley was a poor island boy who dared to dream… and his dreams and ambitions were big. A gifted scholar, a pioneer Oxford anthropologist, a country curate, ordained a priest in Canterbury Cathedral and a firebrand councillor elected to Leicestershire County Council. His remarkable career was all the more extraordinary because he was black in an age – the early 20th century – that was institutionally racist.

Pamela Roberts’ meticulously researched new book, The Adventures of a Black Edwardian Intellectual – The Story of James Arthur Harley, tells Harley’s hitherto unknown story from humble Antiguan childhood through elite education in Jim Crow America to the turbulent England of World War I and the General Strike. Based on Harley’s letters, sermons, writings, contemporary accounts, and later oral testimony. The Adventures of a Black Edwardian Intellectual is an account of an individual’s trajectory through seven decades of dramatic social change.

Beginning with a theatrical performance from Roberts’s play A Scholar and A Stateman. The performance is a series of selected scenes that presents an overview of Harley’s life.

A Q&A and book signing follows the performance.
Books are available to purchase at the event.