Home > Events > SMHC Annual Lecture 2018: Sharks in the Channel and Lions on the Loose: Rumour and the Second World War 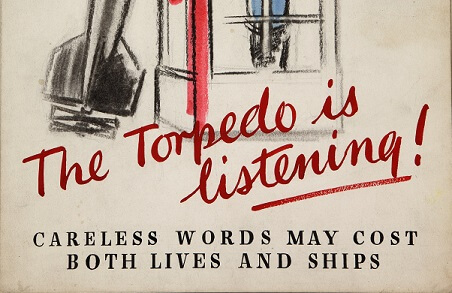 SMHC Annual Lecture 2018: Professor Jo Fox on ‘Sharks in the Channel and Lions on the Loose: Rumour and the Second World War’

This is the 2018 Annual Lecture for the Sir Michael Howard Centre.

Belligerent nations during the Second World War went to considerable lengths to trace, document, and contain rumours. Propaganda campaigns were launched, elaborate mechanisms for recording the spread of rumours established, and rumour-mongers prosecuted and publicly vilified. Rumour-mongering was universally denounced as a pathological, destructive condition that threatened the war effort.

This lecture will argue that, on the contrary, rumour is an inherently human behaviour and that studying rumour offers the historian an insight into complex human behaviours, motivations, and mentalities at times of crisis.

Jo Fox is Professor of Modern History at Durham University and, from January 2018, will be the Director of the Institute of Historical Research, University of London. She specializes in the history of propaganda in the 20th century, Her publications include Film Propaganda in Britain and Nazi Germany: World War II Cinema (2007) and Justifying War: Propaganda, Politics and the Modern Age (with David Welch, 2012). Her present research focuses on rumour in the First and Second World Wars.

This event is free but registration is required. Please register by emailing Danni MacDivitt (danielle.macdivitt@kcl.ac.uk).