Home > Events > It’s a riot! Spaces and images of protest, from the Renaissance to the modern day 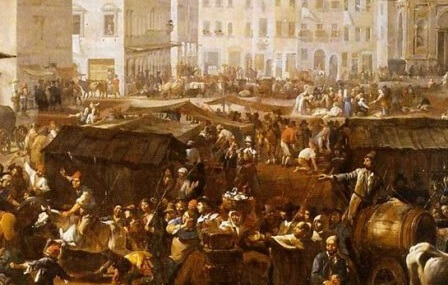 In analyzing the constant change and renewal of cities, architectural and urban historians have predominantly taken the vantage point of the governing elites and looked at urban developments as manifestations of power. More attention needs to be paid to practices and visual manifestations of discontent, resistance and protest within the urban environment. The urban fabric is made of spaces defined by successive authorities as well as manifestations of resistance, both in the margins and in the centre of the city. Beyond propaganda and the visual and artistic language promoted by established authorities, beyond utopian discourses on imaginary cities, this series of lectures examines how representations of protest disrupt the notions of space produced by the elites. Iconoclasm, satire, graffiti, disruptive behaviour and sounds, provocative clothes or hairstyles reveal an urban geography marked by visible, if often ephemeral, acts of creative reaction against a given order and its symbols. Over the centuries and across national boundaries, “counter-cultures” have taken innumerable forms, ranging from collective actions to art, fashion and music. The speakers will look at such manifestations and ask how they shaped the urban space, inscribing it with dense webs of meaning. Marginal spaces, virtual or material boundaries, squares and markets offer potential venues for displaying an active reaction against the vision of orderly space promoted by the authorities. We hope this approach will encourage a fruitful encounter between art historians and architectural historians, cultural historians and anthropologists.

9 October 2017: Professor Peter Burke (University of Cambridge), ‘Protest on the Piazza: Early Modern Revolts and a Few Later Ones’

All lectures will begin at 6.00pm and will take place in the Kenneth Clark Lecture Theatre.