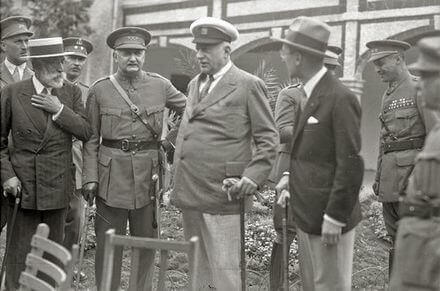 In the 1920s, the decade of pacifism and internationalism, three authoritarian regimes reached power in Southern Europe: in 1922, Mussolini brought Fascism to Italy; in 1923, Primo de Rivera took power in Spain and, in 1926, a military coup succeeded in Portugal. A number of historians have recently emphasised that the emergence of dictatorships was typical rather than exceptional in interwar European history, adding an important counterweight to work on the League of Nations that tends to exaggerate the role of liberal internationalism in this period. Furthermore, recent works have shown that shifting the focus away from Nazi Germany and from hard-power politics provides historians with a very different narrative of interwar Europe. The aim of this workshop is to assess the place of the Italian, Spanish, and Portuguese dictatorships in European history, as well as to discuss the significance of culture, propaganda, and soft power in the historical narratives of authoritarianism and imperialism. More specifically, we seek to consider the existence and significance of a particular kind of ‘Latin European’ dictatorship in the interwar period. The workshop will thus intervene decisively in current debates on interwar European history and propose an alternative reading of European politics in the 1920s, 1930s, and 1940s.

Should you wish to attend please register online at http://www.eui.eu/events/detail.aspx?eventid=133071. In order to receive the workshop’s readings please write to Benjamin Whitlock at benjamin.whitlock@eui.eu