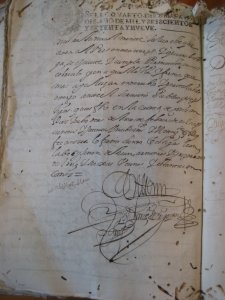 ‘The last will and testament of a barber from Aleppo living in Spain, ca. 1679’

From Lebanese immigrants in Argentina to Iraqi refugees in Sweden, Eastern Christians can be found today scattered across the entire world.  Too often, however, this global migration has been seen purely as a modern development, one arising from contemporary political and confessional events in the Middle East.  In fact, this phenomenon had its roots in the early modern period.  From the sixteenth century onwards, Christians from the Ottoman Empire set out for distant worlds and foreign lands, travelling as far as Europe, India, Russia, and even the Americas and leaving traces of themselves in countless European and Middle Eastern archives, chanceries, and libraries.  Some of these individuals created new lives for themselves as copyists, translators, and librarians in Europe, while others struggled to eke out a living for themselves as alms-collectors.  Their stories of survival and adaptation have long been overlooked.  While historians have tended to study these individuals in a piecemeal fashion, this lecture will assess the extent to which the movement of such individuals to Europe constituted a wider phenomenon of migration and exchange between Europe and the Ottoman Empire.  The lecture will focus especially on the experiences of a handful of these newcomers in an attempt to paint a picture of what life was like for Eastern Christians in early modern Europe. 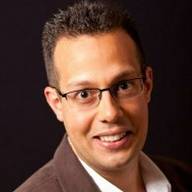 John-Paul Ghobrial is Associate Professor of Early Modern History at the University of Oxford, and a Fellow of Balliol College.  He is an historian of the Middle East with a special interest in exchanges between Europe and the Ottoman Empire.  His first book, The Whispers of Cities (Oxford, 2013), explored the circulation of information between Istanbul, London, and Paris in the late seventeenth century. Since 2015, he has been the Principal Investigator for an ERC-funded project, ‘Stories of Survival: Recovering the Connected Histories of Eastern Christianity in the Early Modern World’.