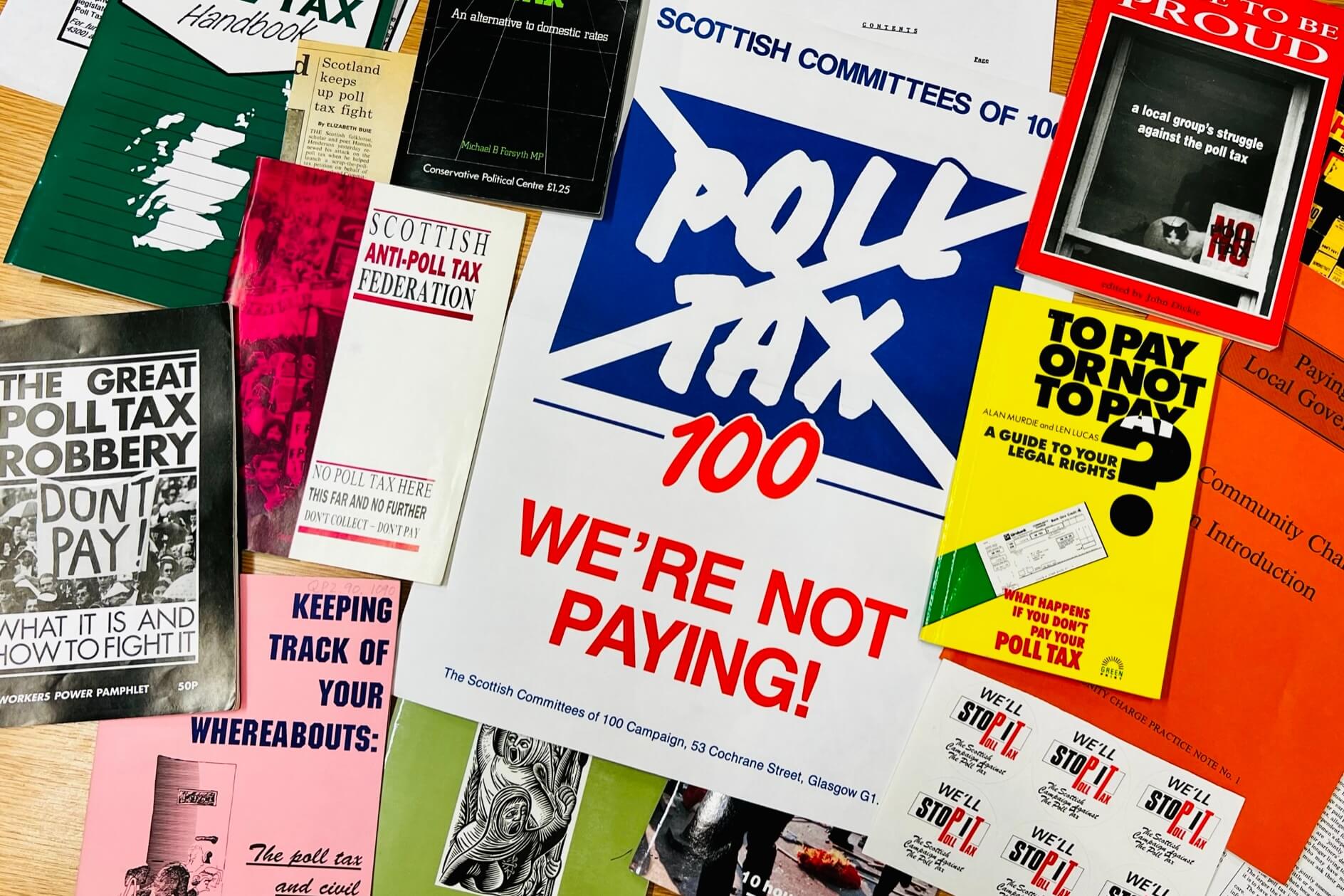 Join Jeremy Bearer-Friend, 2021-2022 Fulbright-National Library of Scotland Scholar, for this free Zoom event on his research into the Scottish anti-Poll Tax movement.

The introduction of the Community Charge in Scotland in 1989 was one of the defining moments of modern UK politics. Famously defended by Nicholas Ridley, Conservative Secretary of State for the Environment, on the grounds that a Duke would pay no more than a dustman, the arrival of the unpopular form of tax in Scotland a year before its introduction in England and Wales inspired a mass non-payment campaign and helped to bring about the end of Margaret Thatcher’s career as Prime Minister. But it was not the first time a ‘poll tax’ had been introduced by a British or US government during the twentieth century.

Using the political ephemera and archive collections of the National Library of Scotland, Professor Jeremy Bearer-Friend will put the Scottish anti-Poll Tax campaign into global perspective, exploring how the everyday act of tax filing can become both a tool of discrimination and a powerful forum for political expression. Looking at the introduction of the Community Charge in comparison with other poll taxes applied by Anglophone governments during the twentieth century, he examines the ways in which neutrality in statutory language can cloak the use of tax as a political and economic weapon, and argues for an enriched understanding of the relationship between taxpaying and citizenship that goes beyond voting rights.

Jeremy Bearer-Friend is Associate Professor at the George Washington University Law School in Washington, D.C. and the 2021-2022 Fulbright-National Library of Scotland Scholar. His research focuses on the relationship between tax, race, and citizenship. Prior to academia, he was Tax Counsel to Senator Elizabeth Warren and an associate with D.C. tax boutique Ivins, Phillips & Barker. He remains actively engaged with public policy and regularly provides guidance to journalists, think tanks, and congressional staff on tax law.

To register for this Zoom event, please visit: https://www.eventbrite.ca/e/poll-taxes-revisited-inequality-resistance-and-the-community-charge-tickets-395146362407