Home > Events > Pageant fever! Historical pageants and the British past 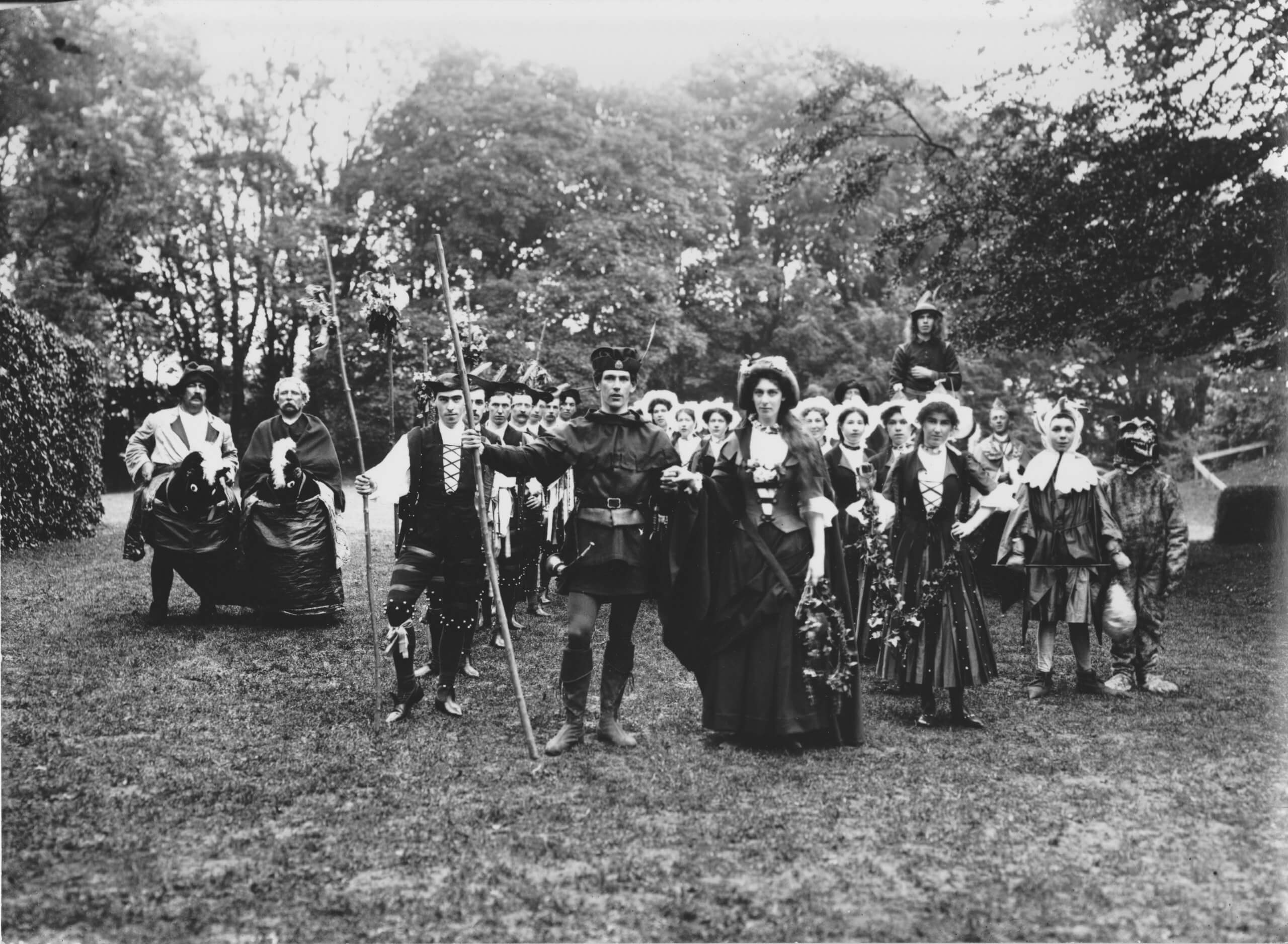 Historical pageants were a widespread form of popular entertainment in early twentieth-century Britain. Presenting large-scale theatrical re-creations of scenes from local and national history, they brought the past to life as never before. Thousands of people performed in these vivid extravaganzas of music, dance and drama, and tens of thousands more watched them.Yet pageants are largely forgotten today.

This free exhibition tells their story in images and text, with a special focus on the folk music and dance that were performed in them.This exhibition and supporting event is staged by the Redress of the Past project in association with the English Folk Dance and Song Society, and is supported by the Arts & Humanities Research Council.