Home > Events > New Approaches to the History of Knowledge 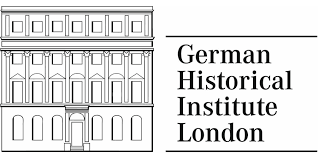 This lecture series will explore new approaches to the history of knowledge from a wide geographical and thematic angle. Addressing knowledge production in contexts ranging from medieval European societies and colonial settings to the modern challenges of climate change and the digital humanities, the talks will exemplify how these methods can be applied in a variety of disciplines.

Lauren Kassell (Cambridge)  Inscriptions, Digitization and the Shape of Knowledge: Lessons from the Casebooks Project

Day by day, around 1600, a pair of English astrologer–physicians documented their consultations, filling 30,000 manuscript pages with cases. This is one of the largest surviving sets of private medical records in history. Reflecting on what it means to create a new archive out of an old archive, this talk focuses on the Casebooks Project, a tool for searching these records. It brings together approaches from the histories of science and medicine to the production of knowledge, both on paper and in xml, with broader questions about the history of record-keeping and the nature of scholarship in the twenty-first century.

Lauren Kassell is Professor of History of Science and Medicine at the University of Cambridge. She has published on the occult sciences, gender, and generation. She is Director of the Casebooks Project, a digital edition of early modern medical records that has produced a dataset, a web-based search interface, and explanatory material.

This talk considers the history of knowledge as a geographical problem, suggesting that where knowledge was produced matters to how it was produced and to its contents and uses. Drawing on research on the English East India Company in India and on the slave societies of the British Caribbean—and focusing on modes of communication in speech, script, and print—the talk will demonstrate the different scales, and the different sorts of spaces, places, and networks that need to be taken into account to understand the history of knowledge about Europe and the world beyond it.

Miles Ogborn is Professor of Geography at Queen Mary University of London and the author of Spaces of Modernity: London’s Geographies, 1680–1780 (New York, 1998); Indian Ink: Script and Print in the Making of the English East India Company (Chicago, 2007); and Global Lives: Britain and the World, 1550–1800 (Cambridge, 2008)

The Atmosphere of Democracy: Will Climnate Change Trump Democratic Governance?

This talk focuses on what climate change discussions may call an ‘inconvenient democracy’. This refers to the huge gap that exists between the claims of scientific knowledge and good policy. The resulting sense of political futility leads to a disenchantment with democracy and the conclusion that the state, led by experts, should be a source of security for society in the face of extreme risk and danger from climate change. The talk argues that these gloomy views about the efficacy of democracy are mistaken.

Martin Kintzinger (Münster)  History of Knowledge in the Middle Ages: Discussions and Perspectives

Moving away from the institutional and legal history of schools and universities, research on the history of knowledge has recently undergone a fundamental change. Instead of focusing on the social history of learned scholars or the traditions and challenges of education, it has started to look at knowledge systems in dynamic processes of change within contemporary societies: the construction of a learned elite; the migration of ideas; and the reception of foreign knowledge through intercultural communication. This talk will argue that global aspects of medieval history will lead to a new definition of what defined knowledge in medieval European societies.

Martin Kintzinger is Professor of Medieval History at the University of Münster and President of the Gesellschaft für Universitäts- und Wissenschaftsgeschichte. He works on the history of universities and knowledge; intellectual history; the history of international relations, foreign policy, and diplomacy; and the beginnings of international law in the Middle Ages.

Seminars are held at 5.30 p.m. in the Seminar Room of the German Historical Institute. Tea is served from 5.00 p.m. in the Common Room, and wine is available after the seminars.