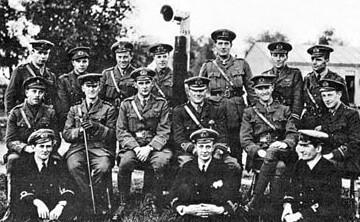 The Royal Naval Air Service was formed from the Naval Wing of the joint Royal Flying Corps (1912), but from 1914, when the RFC became the flying branch of the British Army, it was administered by the Admiralty Air Department. It merged with the RFC as the RAF in 1918. In 1924 the Fleet Air Arm was formed of RAF units operating from RN ships, brought under Admiralty control in 1939.

Jim Humberstone: ‘Calshot, the Solent and the establishment of Royal Naval Air Stations around British Coasts: 1911–1918’

David Evans: ‘Creation and renewal of RNAS Portland/HMS Osprey near Portland Naval Base’

Ian Stafford: ‘The Royal Naval Air Service and Air Defence of the Halifax Naval Yard and Base: a study in waning enthusiasm’