Home > Events > National Service, Personal Sacrifice: The Cultural Politics of Mourning Mothers during and after the First World War 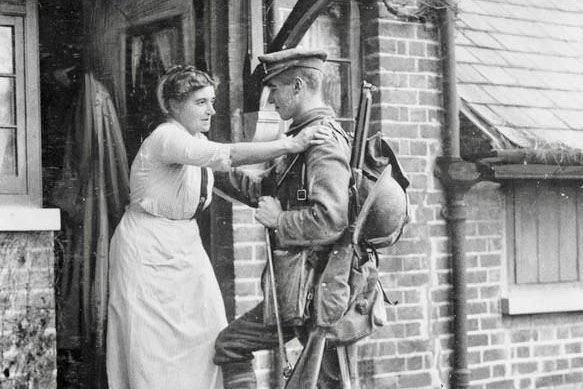 The theme of motherhood dominated public discussions about the role of women during and after the First World War. The new attention that the wartime state paid to women’s productive labour outside their homes did little to overshadow the continued significance that society placed on their role in reproducing the men required to fight. When we consider the way in which mothers of soldiers and potential soldiers entered public conversations about modern, total war, a rich and complex picture of women’s politics emerges.

This lecture will explore the varied voices of mourning British mothers during the First World War in order to uncover how they represented their national service and intensely personal sacrifice in their deepening engagement with public political debate.

This is a free but ticketed event. Visit http://www.history.ac.uk/events/event/16555 to book your ticket.

This public lecture is part of the Motherhood, Loss and the First World War conference on 5 – 6 September 2018, led by Big Ideas, the London Centre for Public History, and the Institute of Historical Research.

Image: A soldier greeted on the door step by his mother as he arrives home on leave. Creator: Nicholls, Horace © IWM (Q 30402) – IWM Non Commercial Licence