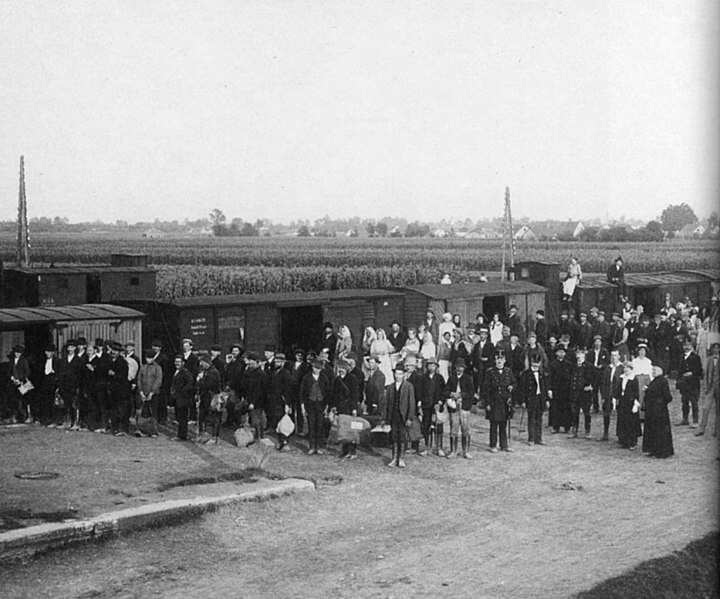 Studies of the 19th-century era of mass migration tend to conclude at the outbreak of the First World War. But what happened to these migrants and to patterns of migration during this era of industrialised warfare? This project seeks to bring together two fields: migration history and First World War studies. The now well-established turn to the global war has been very receptive to the study of ‘coerced’ forms of mobility, capturing the experiences of colonial troops, refugees and prisoners of war. There has also been considerable interest in the fates of enemy aliens. What has been largely absent in scholarship to date has been a focus on those who crossed international borders not because of the war’s impact but whose journeys and arrivals had preceded its outbreak or continued despite it.

This workshop, and its associated volume, will explore the fates and experiences of the large diasporic populations who found themselves in nations recently determined belligerent or neutral, where allegiances and enemies where newly defined. In addition to some of the better-known emigrant groups (German, Greek, Italian, Irish), we are interested in smaller diasporic populations including, among many others, those from Scandinavia and the Baltic states, the Balkans, the Middle East, and East Asia. We are interested in how well-established emigrant diasporas were disrupted and/or engaged by war. We would like to hear from scholars working not just on transatlantic migrations but on trans-Pacific movements as well as movements within Asia, Africa and the Americas. We would be excited to hear work making comparisons between inter-empire and intra-empire migrations. We welcome contributions that discuss migration during the war across geographies and populations and consider how migration history might inform approaches to First World War studies.

Scholars at all career stages from either field, and from related fields, are encouraged to submit abstract for papers using empirical case studies to explore subjects including (but not limited to):

Keynote Speaker: Stacey Fahrenthold (University of California, Davis) author of Between the Ottomans and the Entente: The First World War in the Syrian and Lebanese Diaspora, 1908-1925 (Oxford University Press, 2019)

Decisions on the programme will be made by 1 March 2023.

The intended date for the workshop is 16 May 2023. The conference will be held online; while we understand the value of face-to-face meetings, we hope this will best serve contributions from people based around the world.

We plan to publish an edited volume following the conference and will encourage co-authored pieces to extend our coverage. We are aiming to gather draft contributions by December 2023 with the intention to publish the volume in 2024.