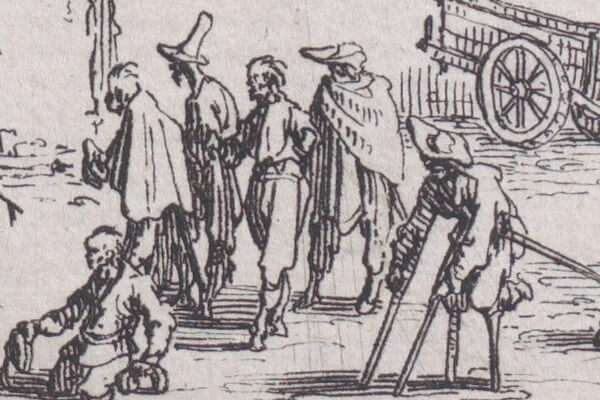 The Restoration of the ‘Merry Monarch’ did not simply mean a return to ‘Merry England’. Communities had been immeasurably divided by the Civil War and the permanently wounded, the bereaved and the poverty-stricken were everywhere to be seen. Such spectres of the troubled past haunted local populations, who had been burdened by heavy taxation, damaged local economies and degraded infrastructure. In 1660, an Act of Parliament was passed declaring that all actions undertaken during the Civil Wars and Interregnum were to be ‘pardoned, released, indemnified, discharged and put in utter oblivion’. Yet, this was easier said than done.

This final lecture from Dr Ismini Pells will reveal how people looked back on their experiences during the Civil War and how they coped with its aftermath. There will be tales of local communities where disputes continued along fault-lines that had emerged during the Civil Wars long after the conflict had ended. It will investigate how the nation recovered from the damage inflicted upon its demography, economy and property.

The main focus will be on the veterans of the Civil Wars themselves. Many of these had suffered life-changing injuries. Using objects from the National Army Museum’s own collections, there will be an introduction to the arms that perpetrated such injuries and the armour that was intended to offer some protection against these. The devastating capabilities of Civil War weaponry will be highlighted in a video demonstration. It will be revealed how Civil War surgeons were capable of curing some surprisingly complex injuries and that the as a result of the developments in medical practice in this period, many of the methodologies employed by Civil War practitioners continued to be used for at least the following 200 years. Nevertheless, medical care was not just a matter for professional practitioners, and veterans disabled in the Civil War became dependent on families, neighbours and other carers following their return to civilian life. For other veterans, their scars were not so much physical as psychological. There is evidence to suggest that the horrors of the Civil War had the potential to cause severe mental anguish.

In spite of this, some viewed their wounds as a source of pride or found solace in sharing their memories with fellow-veterans. Friendships formed during the Civil Wars could be strong and enduring. The lecture will explore how far men who had fought in the Civil Wars continued to identify with their military past in an age when soldiers generally suffered a poor reputation and standing armies were viewed with suspicion.

This is an online event held at part of the National Army Museum’s ‘Generals, Soldiers and Veterans of the English Civil War’ lecture series (lecture 3/3). To register, please email please email Helen Chalmers, Patron and Membership Manager, at hchalmers@nam.ac.uk