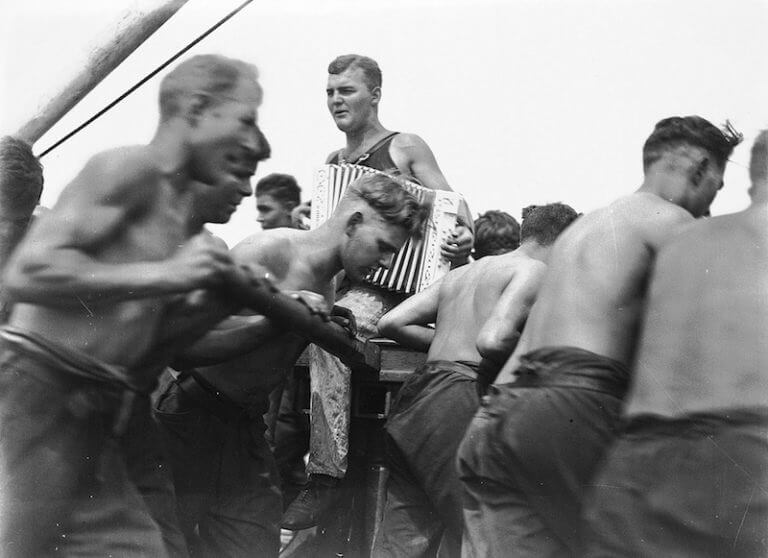 Registration is open for the Maritime Masculinities conference which takes place at St Anne’s College Oxford on the 19th and 20th December.

Maritime Masculinities covers the period from 1815 – 1940, which saw the demise of the sail ship, the rise of steam and oil-powered ships, the erosion of British naval and maritime supremacy during two world wars, the advent of the Pax Britannica, and the emergence of popular navalism through the press, popular literature, photography and film. Panels will cover a wide range of topics and themes including: material culture and technology, bravery and honour, memory and nostalgia, race and empire, visual culture, life stages, homosociability, and sexualities. A full conference programme will be published shortly.

Professor Joanne Begiato has worked on the role that representations of military and maritime masculinity played in the formation of masculine identity in the eighteenth and nineteenth centuries. She is particularly interested in the part played by material culture and emotions in disseminating and fixing ideas about manliness.

Dr Mary Conley’s research areas include the intersection between empire, navy, and manhood in British society; imperialism and post-colonialism; maritime history; and the history of gender, family and childhood. She is particularly interested in issues relating to boys’ culture and sodomy.

Dr Isaac Land has written about masculinity and the Royal Navy in a variety of contexts, including patriotism, popular politics, spectacle, empire, nostalgia, autobiography, domestic violence, and religion. He will present a keynote on “Dibdin’s Ghost in the Age of Ironclads”.