Home > Events > Louis IX and the Triumphal Cross of Constantine 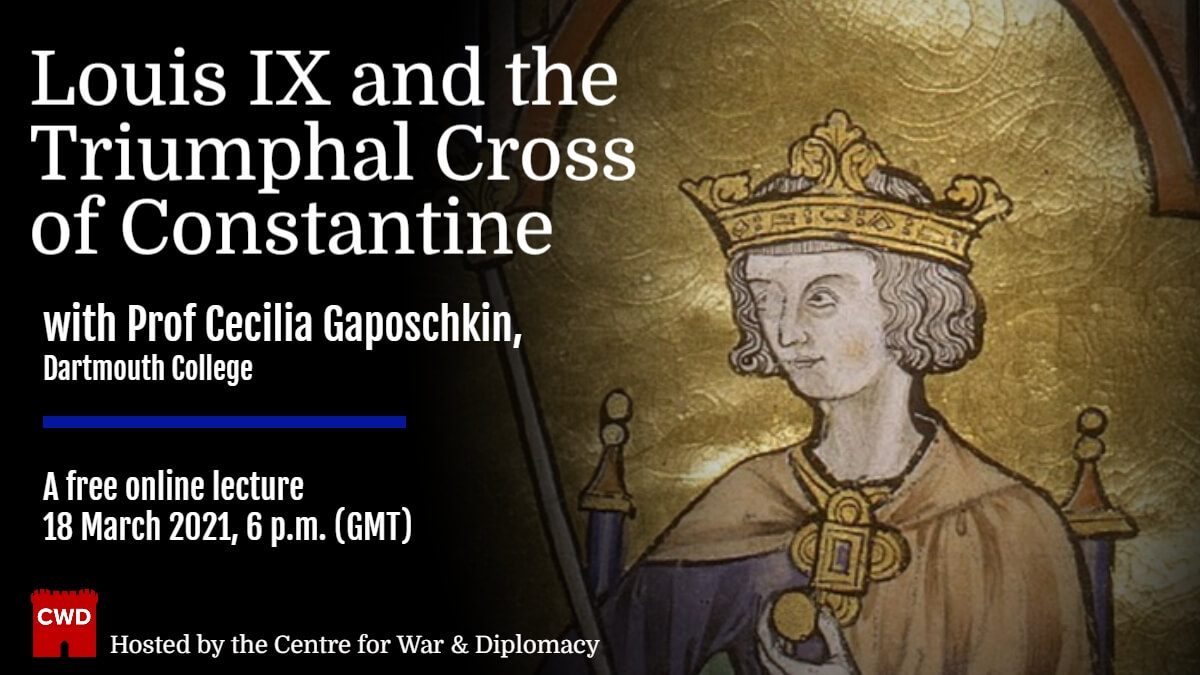 Louis IX and the Triumphal Cross of Constantine’, a talk by Professor Cecilia Gaposchkin of Dartmouth College, New Hampshire.

In 1242 and 1243 Louis IX – the future Saint Louis – took possession of three major relics of the True Cross as part of the large collection of relics he acquired from the Byzantine Emperor in the wake of the Fourth Crusade. This talk discusses the importance, meaning, and use of those relics at the Capetian court, its role in the developing of Capetian ideology, and it meaning within the context of the crusading culture that fuelled Louis’ reign.

Professor Gaposchkin was appointed to Dartmouth College in 2000 becoming Professor of History in 2018 and Chair of the Department of History in 2020. She was recently elected Fellow of the Medieval Academy of America. She received her PhD from Berkeley in 2001.Professor Gaposchkin works on late medieval cultural history, and has published on the crusades, on the Capetians (the kings of France between 987 and 1328), on kingship, and on liturgy. Her most recent book is on how liturgy and church ritual underwrote holy war and crusading. It is Invisible Weapons: Liturgy and the Making of Crusade Ideology (Cornell UP, 2017). She is also the author of The Making of Saint Louis (IX) of France: Kingship, Sanctity and Crusade in the Later Middle Ages (Cornell UP, 2008), Blessed Louis, The Most Glorious of Kings: Texts relating to the Cult of Saint Louis of France (Notre Dame: 2012; translations done with Phyllis Katz), and, with Sean Field and Larry Field, The Sanctity of Louis IX: Early Lives of Saint Louis by Geoffrey of Beaulieu and William of Chartres (Cornell UP: 2014). She is now working on liturgy and ceremony in thirteenth-century Paris.