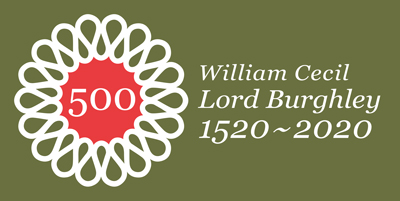 2020 /1 marks the 500th anniversary of the birth of William Cecil (Lord Burghley from 1572), one of the most important statesmen and patrons of the Elizabethan age. Burghley was described by the Spanish ambassador as ‘the man who does everything’. Indeed his reach extended far beyond the world of the court to encompass the counties of England and the City of London, where he connected into expanding circles of trade and economic activity that spanned across the known world. At home, he became the leading architectural patron of the time, using his houses to exercise and reflect the magnificence of the state as well as his own dynastic ambitions. The scope of his interests was remarkable.

Events commemorating Cecil’s birth include this major three-day conference at St John’s College in Cambridge, 20-22 September 2021, directed by Professor Susan Doran (University of Oxford) and Professor Norman Jones (Utah State University). The conference will focus on exploring the breadth and significance of Cecil’s activities as well as gathering together new research into Cecil and his world, presented through papers and roundtable discussion sessions with the aim of promoting and galvanizing future directions of study.

The conference will be preceded by six recorded talks by distinguished scholars, establishing the field of study as it currently stands and highlighting key areas of Burghley’s life and activities. We are keen to share these talks widely with students of the Elizabethan period and invite teachers to get in touch for a free code to use to access these talks via our website for at least 6 months.