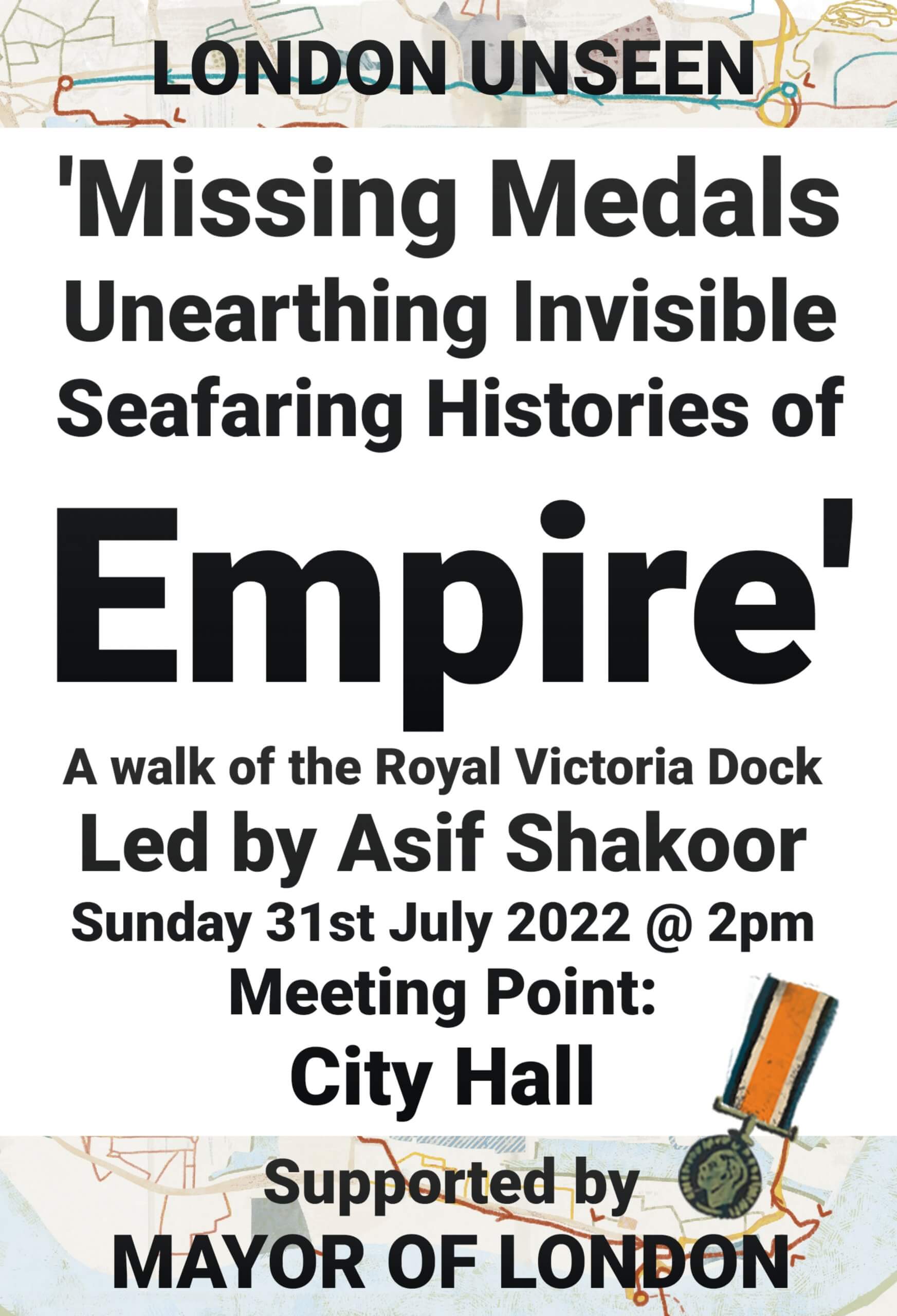 Asif, a direct descendant of a First World War South Asian seafarer or ‘lascar’ لشکر , will tell the story of his grandfather, Mahomed Gama’s arrival on the SS Khiva at the Royal Victoria Dock in December 1917 and Asif’s subsequent search for his grandfather’s missing war medals.

This fascinating walk will explore the themes of death at sea, sickness, injury, tropical disease, desertion ‘jumping ship’, burial at sea, Seamens Rests, and early seafarer arrivals from Empire at Royal Victoria Dock and the Albert Dock Seamen’s Hospital during the period of 1899 to 1955.

Ever wondered what the ‘P&O Batti Wallahs Society’ was? The walk will also explore the etymology of the word ‘lascar’ لشکر. In this walk you will trace the term’s early usage to over one thousand years ago – never previously cited in any source in the English language.

The walk is supported by 200 years of original archival material that Asif has brought together for this walk. He will share a vast array of information and a new wealth of research – a droplet from an ocean of knowledge on seafaring.

This walk is free to the public thanks to to funding from the Mayor of London.