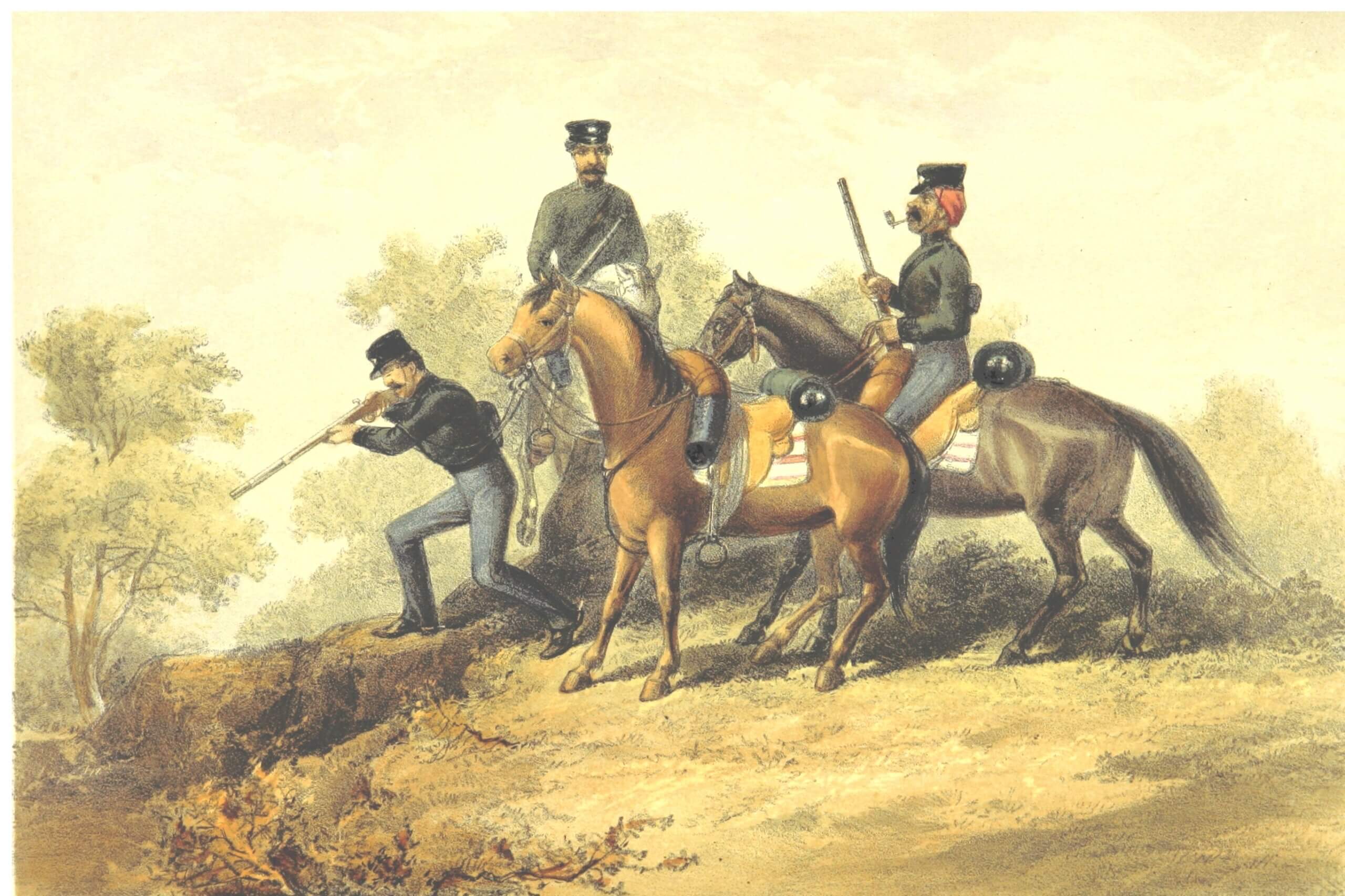 In the first half of the nineteenth century, the Cape Mounted Riflemen were the first line of defence on the eastern border of the South African Cape Colony – a unit belonging to the British army, but composed predominantly of indigenous Khoe-San.

The colony’s border saw frequent battles against indigenous AmaXhosa chieftancies who opposed the expansion of the colony. The AmaXhosa conducted a style of warfare which made use of ambushes and cover, that exploited weaknesses in British military tactics. To counter the AmaXhosa, the CMR were one of the first British forces in the nineteenth century to use mounted infantry tactics – riding into action, but dismounting to fight.

Despite the unit’s name, the Cape Mounted Riflemen were, for much of their existence, equipped with smoothbore carbines, examples of which exist in the Royal Armouries’ collection. Influenced by hunting arms in the Cape, these carbines were double-barrelled, allowing for a reserve shot in close quarter fighting. The CMR were one of the first and only, British military units to be equipped with guns with twin barrels, as well as being among the earliest British soldiers to replace the traditional flintlock mechanism with the revolutionary percussion cap.

These weapons, and the tactics that their users utilised, demonstrate the little-known phenomenon that African warfare influenced British tactics and weapons development during a period (post Napoleon and pre Crimea) sometimes claimed to be militarily stagnant.

To sign up for this online lecture, go to https://royalarmouries.org/event/lock-stock-and-two-smoking-barrels/