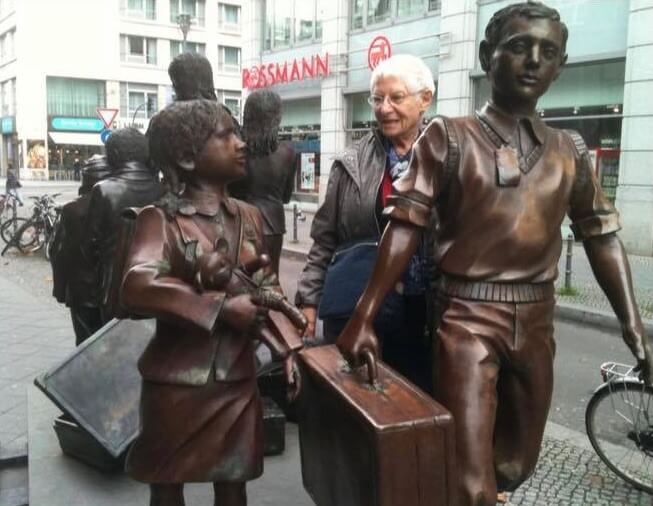 Until very recently, there have been limited attempts in Britain to draw parallels between the experiences of Jewish and Bosnian child refugees. In May 2021, however, the BBC2 series Saved by a Stranger broadcast an episode bringing these two stories together on screen.

This event will explore the personal memories of refugee children from Germany and Bosnia. In July 1939, 7-year-old Hanna Zack Miley arrived in Britain. Over half-a-century later, in 1994, 9-year-old Smajo Bešo and his family arrived in this country. Hanna and Smajo will discuss their personal memories and attempts to reconcile their past experiences. Both have travelled back to their former homelands to reconnect with their childhood surroundings. Each has conducted extensive research, given numerous talks to many different audiences, and written about their childhood experiences. In reflecting on their personal experiences, Hanna and Smajo have learnt about other refugees’ experiences. In the 1990s, Hanna visited Bosnia, whilst Smajo has given several talks alongside Holocaust survivors.

Professor Bill Niven will offer reflections on the processes of reconciliation, focusing on events in Germany. He will discuss the different forms that reconciliation can take, including official apologises and reparation. Bill will emphasise the importance of direct dialogue between genocide survivors and the countries that caused their suffering.

The event will conclude with a specially commissioned artwork created by Caroline Slifkin which responds to Hanna and Smajo’s stories. Caroline will speak about her creative process and the meanings behind her artwork.

Book your tickets online via Eventbrite.