Home > Events > Is Britain a part of Europe? An Anglo-French Historical Perspective 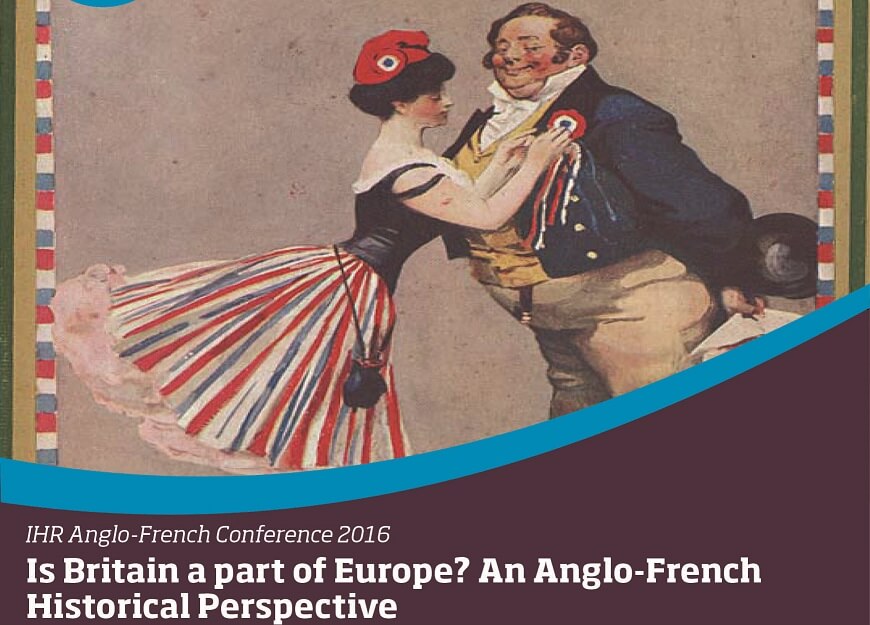 This conference, bringing together British and French historians at the Institute of Historical Research in London, will examine the so-called ‘peculiarities of British History’. Is British History to be understood in isolation from the history of Europe more generally? Is Britain, as some historical schools have argued ‘exceptional’ in the pattern of its historical development? Or can we see similar characteristics, social formations, ideologies and political institutions on both sides of the Channel? More than 20 historians from Britain and France will deliver papers over two days at the IHR, examining the course of British history in comparative perspective from the early medieval period to the 1960s. The primary focus will be on the comparative history of Britain and France, but there will be scope for wider discussion of other national histories and of developments on a pan-European scale. Panels will look at the material culture of Anglo-Saxon England and Northern Gaul; London and Paris in the late-medieval period; the history of British and French families in the 18th century; the British context of the French Revolution; the development of socialism in Britain and France; the effects of the First World War in both nations; and at the history of the French and British counter-cultures in the 1960s and 1970s.

With Britain’s relationship to Europe once again under scrutiny, this will be a scholarly and academic exploration of some of the historical assumptions made by both sides in the debate.

The conference is a collaboration between the IHR and the Séminaire Franco-Britannique d’Histoire, Université Paris IV-Sorbonne. All are welcome.

For more information about this conference please contact the IHR Events Office (ihr.events@sas.ac.uk)