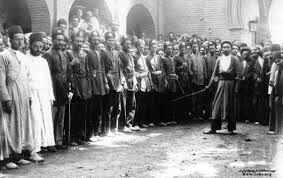 This international conference will bring together scholars from East and West to discuss the intellectual roots and consequences of the Revolution. It will focus, in particular, on the impact of Enlightenment thought on the intellectuals that formed the vanguard of the Constitutional Movement and the means and ways in which they engaged with new ideas of political organisation and sought to make them their own. How did Iranian thinkers, scholars and political activists draw on and apply ideas of constitutionalism and the rule of law? How did they understand the challenges facing their country, and how, in particular, did they seek to inculcate a popular sense of patriotism and national purpose? The conference will also look at the historiography of the Constitutional Revolution; how it has been subsequently interpreted by both academics and politicians.

A central theme of the conference will be the intellectual engagement between East and West and the inter-relationship of ideas that emerged. It will be of interest to scholars of Iran, Europe and broader intellectual history.

Accepted papers and panels announced: 15 May