Home > Events > Inventing the “front”: cognition and reality in the Great War’ 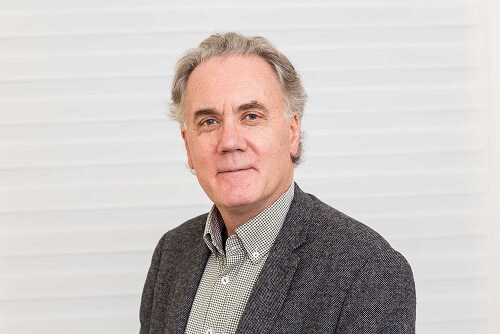 The Sir Michael Howard Centre of the History of War is delighted to host Prof John Horne on 1 November. John Horne, ‘Inventing the “front”: cognition and reality in the Great War’The unanticipated reality of the Great War in Europe was siege warfare of a radically new kind, in which each side besieged the other, attacking and defending, and owing to coalition warfare, did so on multiple ‘fronts.’ Europe became a continent under mutual siege and the front was the place where the drama of reciprocal defence and attack was played out. The drama was one of cognition and imagination since it entailed slowly and painfully replacing understandings of war inherited from an earlier era with those that addressed industrial siege warfare. The ‘front,’ therefore, did not just happen. It had to be conceived and imagined. For this reason it became the quintessential experience of the Great War and its lasting cultural legacy for the subsequent century.

John Horne is emeritus Fellow and former Professor of Modern European History in Trinity College Dublin, and a Member of the Royal Irish Academy. He is currently Leverhulme Visiting Professor at the University of Oxford. He is a board member of the International Research Centre of the Historial de la Grande Guerre, Péronne, and also a member of the French National Commission for the Centenary of the Great War. He is the author and editor of a number of books and over 80 articles and chapters on modern French and European history with particular reference to the First World War. Among his books are (with Alan Kramer), German Atrocities 1914: A History of Denial (Yale, 2001); Vers la guerre totale? Le tournant de 1914-1915 (Tallandier, 2011); and (with Robert Gerwarth), War in Peace: Paramilitary Violence in Europe after the First World War (OUP, 2012). He is currently working on a history of the French in the Great War.

In the 1960s the distinguished historian Sir Michael Howard had a vision for a new kind of history of war. It would be studied in all its complexity and seek also to examine how war affected history in general. Michael Howard founded the Department of War Studies at King’s College London and went on to become Regius Professor of Modern History of the University of Oxford and Robert A. Lovett Professor of Military and Naval History at Yale University. Inspired by this ambitious agenda, the study of the history of war has flourished at King’s College London. It now has more historians studying war than any other comparable institution, not only in the Department of War Studies, but also in the Departments of History, and of Defence Studies, and indeed many others, for example the English Department. To make more visible and strengthen this remarkable concentration of effort the Sir Michael Howard Centre for the History of War has been established under Department of War Studies and the Department of History. It aims to promote the scholarly history of war in all its dimensions, to train research students and to host research projects and conferences. It also runs a flourishing MA in the History of War. Our aim is to promote the study of the history of war from the ancient world to the recent past, dealing not just with the history of all the armed services but also of all involved in warfare. War has been a central feature of human history which requires study by historians working in many traditions and fields. We aim also to study the history of war from many historiographical vantage points, from economic history to cultural history, from international history to the history of science and technology.