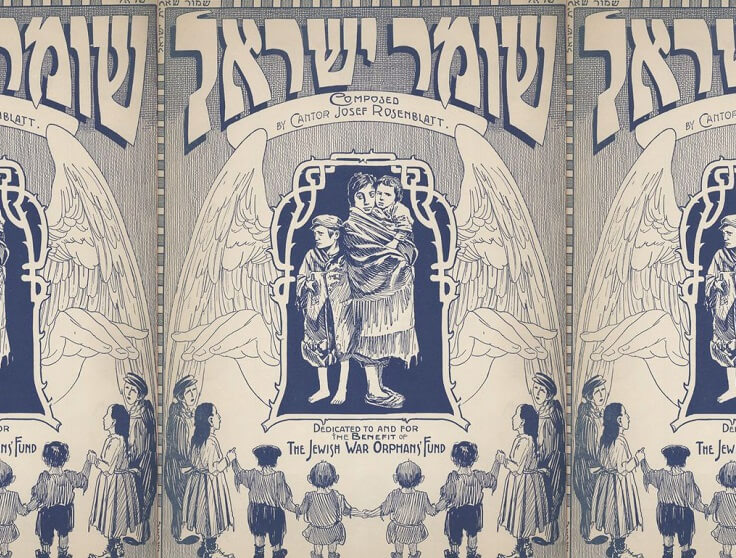 For the Jews of Europe and the Middle East, the Great War was a calamity of stupendous proportions, presaging the tragic intensification of anti-Jewish violence in the Holocaust. In response to this disaster, American Jews provided millions of dollars to relieve their suffering brethren abroad, defying the odds of wartime adversity and hardened boundaries. The effort continued into peacetime, touching every Interwar Jewish community in these troubled regions through refugee, child welfare, public health, and poverty alleviation projects. Against a backdrop of war, revolution, and reconstruction, this is the story of how Jews in the West, motivated by Jewish solidarity, went abroad to save and rebuild Jewish lives in Jewish homelands. As they constructed a new form of humanitarianism, they rebuilt the Jewish Diaspora itself in the image of a social welfare state.

After the lecture, Dr Granick will be in conversation with Rebecca Singer, Head of Communications and Community Engagement, World Jewish Relief.

Dr Grannick works at the intersection between modern Jewish history and international history, especially in the late 19th through the 20th centuries. She specialises in politics,philanthropy/humanitarianism, and gender, across the Jewish Diaspora (America, Europe, and the Mediterranean. She has previous been a Newton International Fellow and a Rothschild Foundation Hanadiv Europe Post-doctoral Fellow at Oxford University.

The event is free to attend but advanced registration is required. http://www.history.ac.uk/events/ihr-weidenfeld-lecture-2019-international-jewish-humanitarianism-age-great-war