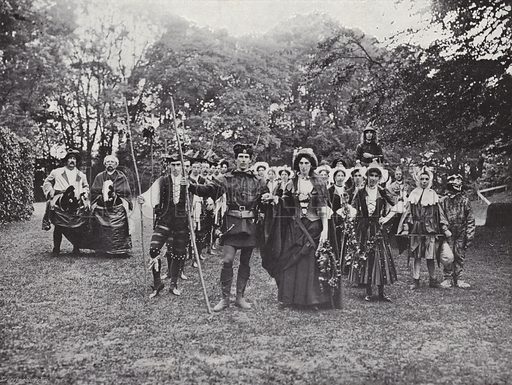 Historical pageants were a widespread form of popular entertainment in early twentieth-century Britain. Presenting large-scale theatrical re-creations of scenes from local and national history, they brought the past to life as never before. Thousands of people performed in these vivid extravaganzas of music, dance and drama, and tens of thousands more watched them.

In association with the AHRC-funded project ‘The Redress of the Past’, Cecil Sharp House invites you to an evening event featuring scenes, music and dance from selected pageants, some of which have not been staged for many decades.

This event will occur a Cecil Sharp House, London.